10 Amazing Benefits of Cinnamon Tea & Some Side Effects… 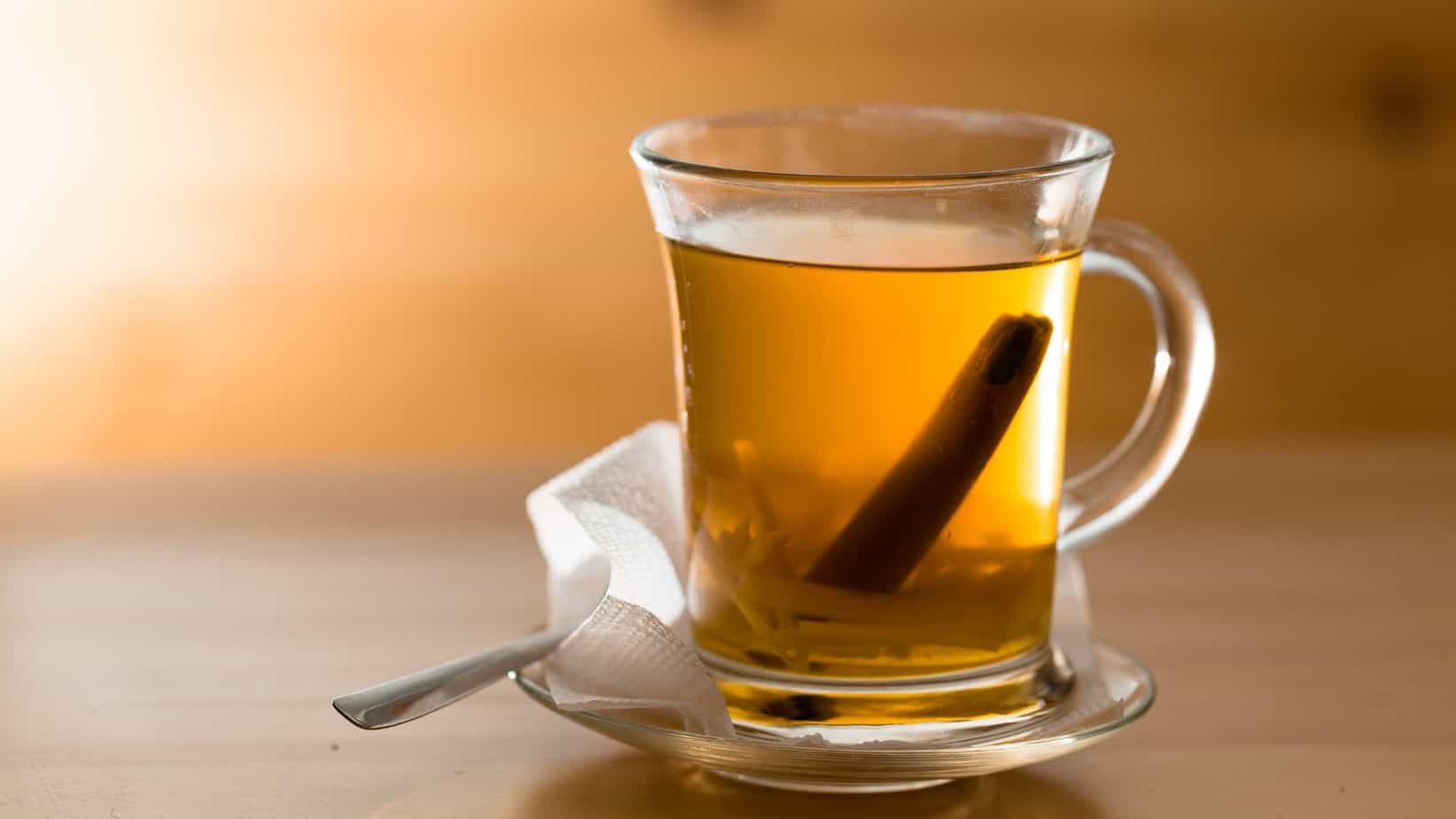 Tea is one of the most popular beverages in the world. Typically served warm, people all over the planet often enjoy this drink as a caffeine kick or to wind down at the end of a long day. You may be tempted to drop everything you’re doing and curl up with a steaming cup right now!

We enjoy all types of tea and have specific teas for certain occasions. Cinnamon tea comes to mind when thinking about the tastes and aromas of winter. If cinnamon tea sounds like something you’d absolutely love drinking during a cozy winter afternoon on your sofa, then this article is for you.

We’ll be identifying some of the possible benefits of cinnamon tea, along with the not so great side effects of this yummy beverage.

What is Cinnamon Tea?

Exactly what it sounds like! This brew is made from the inner bark of the cinnamon tree. The bark, also called a cinnamon stick is that long curled stick you may have seen as part of a decoration. These sticks are either placed whole into boiling water, or ground into a fine powder which can be steeped like other ground teas.

What are the Benefits of Cinnamon Tea?

Studies have shown that cinnamon tea has a range of pretty impressive potential health benefits.

Like other natural teas, cinnamon tea is packed with antioxidants. Antioxidants are best known for their ability to fight off free radicals, which are unstable molecules found in the body that can disrupt normal metabolic processes and lead to cell damage.

Cinnamon is rich in what are known as polyphenols. This type of antioxidant has been associated with prevention of diabetes, cancer, and heart disease.

One study showed that cinnamon tea is unique in that it may increase antioxidant capacity, meaning that your body would be able to fight off more free radical activity.

High blood sugar levels can come from an imbalanced diet. If you are diabetic or prediabetic, you may suffer from high blood sugar levels. It may be beneficial to add cinnamon tea to your daily routine as it has been shown to act in a similar way to insulin. Insulin is responsible for keeping sugar out of the bloodstream.

By drinking cinnamon tea, you will may be contributing to lower blood sugar levels and lowered insulin resistance.

Cinnamon has been shown to increase the levels of HDL cholesterol in the body. This means that the body is better at preventing heart diseases, clogged arteries, and even heart failure. Essentially, HDL cholesterol reduces the staring that is placed on the heart.

High blood sugar levels can come from an imbalanced diet. If you are diabetic or prediabetic, you may suffer from high blood sugar levels. Cinnamon tea is a fantastic addition to your routine as it has been shown to act in a similar way to insulin. Insulin is responsible for keeping sugar out of the bloodstream.

By drinking cinnamon tea, you will effectively be contributing to lower blood sugar levels and lowered insulin resistance.

Cinnamon tea consumption has been associated with fat loss and reductions in waist circumference. However, there is little evidence to suggest that studies appropriately distinguished between fat loss and muscle loss, so it’s possible that they are unreliable. Continued research would be beneficial to further explore this claim.

A buildup of bacteria can be dangerous in the body. Cinnamon has been shown to prevent the growth of some types of bacteria. The same antibacterial properties may even improve bad breath and stop tooth decay.

Month after month, women spend time nursing agonizing menstrual cramps. Is cinnamon tea helpful? The answer is a resounding…maybe. In one study, women were given 3 grams (about 1 teaspoon) of cinnamon each day during the first three days of their period. The results showed that these women experienced lower pain intensity than the group of women given a placebo. Note that cinnamon was still less effective than over the counter pain relief drugs.

Can Promote Collagen Growth in the Skin

If you are concerned about maintaining your youthful skin, cinnamon tea may be helpful. Not only does tea consumption contribute to your daily fluid intake, by keeping your skin hydrated, it can also promote collagen growth. Collagen is responsible for the skin’s elasticity. As we age, our collagen production diminishes, thus resulting in wrinkles.

You may be worried about another common skin affliction – acne. Acne tends to form in young adults and teens due to excess oil or hormonal imbalance. Recent studies have shown that cinnamon may be used topically to fight the bacteria that leads to acne outbreaks.

Some preliminary studies in animal subjects have suggested that cinnamon may have the power to protect brain cells from conditions like Alzheimer’s disease and Parkinson’s disease.

Are There Any Side Effects of Cinnamon Tea?

Now that you’re familiar with the potential benefits of adding cinnamon tea to your daily routine, let’s explore the negative side effects. Here are a few reasons you may choose to limit your intake. Cinnamon contains coumarin, which has been linked to the following issues.

High levels of coumarin have been linked with liver toxicity and eventual liver damage. In one troubling case, a 73-year old woman developed an unexpected liver infection after just one week of taking a cinnamon supplement in conjunction with a widely used cholesterol medication. Before letting this stop you from enjoying a mug of cinnamon tea, it’s important to note that you’d have to drink buckets of the tea before consuming the same dose.

There have been cases of mouth infections developing as a result of cinnamon flavoring. This was caused by cinnamaldehyde, which some people may be allergic to. It’s important to stop drinking cinnamon tea if you notice tongue or gum swelling, burning or itching, or white patches in your mouth.

Increase Your Risk of Cancer

Too much coumarin found in cinnamon has also been linked with an increased risk of developing cancerous cells. While studies are still inconclusive, some researchers believe that coumarin can cause slow DNA damage thus increasing the risk of cancer.

Should You Drink Cinnamon Tea Every Day?

Yes, it’s perfectly safe to drink cinnamon tea every day. The health risks associated with cinnamon start to become an issue after you consume around 8 mg of coumarin. This could be found in 1-2 teaspoons of cinnamon. However, if you’re brewing cinnamon tea, it’s unlikely you’ll reach this amount from the infusion.

When Should You Drink Cinnamon Tea?

Any time! We love the beverage during the winter as it has a comforting aroma and taste. However, many enjoy the beverage in the summer months as well. As this tea is caffeine-free, it’s a great beverage to add to your bedtime routine.

Can You Make Cinnamon Tea At Home?

Cinnamon tea is one of the easiest teas to make at home. Simply, buy a few cinnamon sticks, toss them in a cup of hot water, and voila! Your very own homemade mug of cinnamon tea.

Cinnamon tea is definitely a pleasant winter drink and extremely easy to make yourself at home. There are plenty of health benefits to varying degrees, associated with the drink. Together with a healthful balanced diet, cinnamon tea can be an enjoyable addition. As with anything you’re consuming, moderation is key to prevent adverse effects.

5 Of The Best Immunity Boosting Juices

12 of the Most Expensive & Exclusive Teas in the World 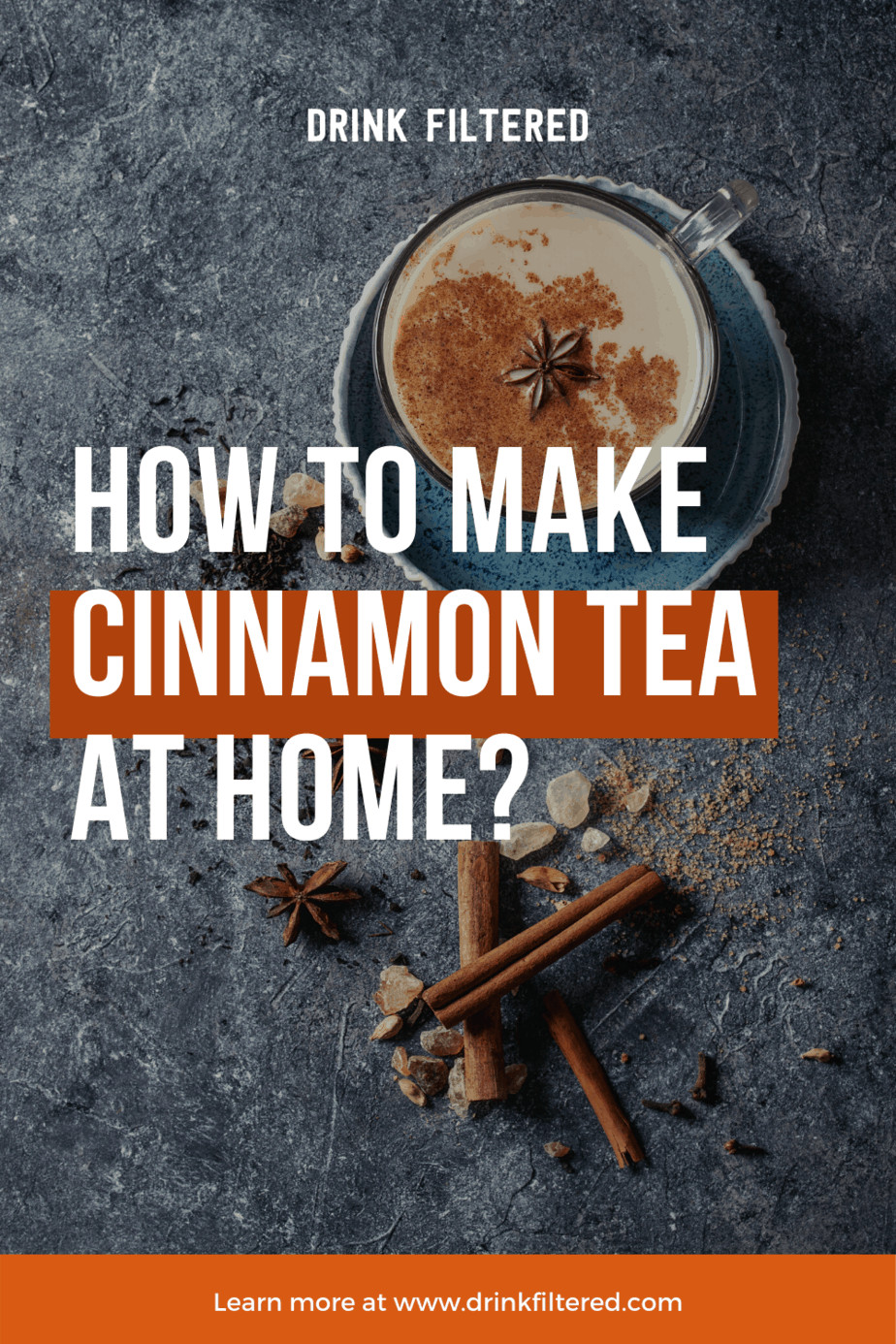