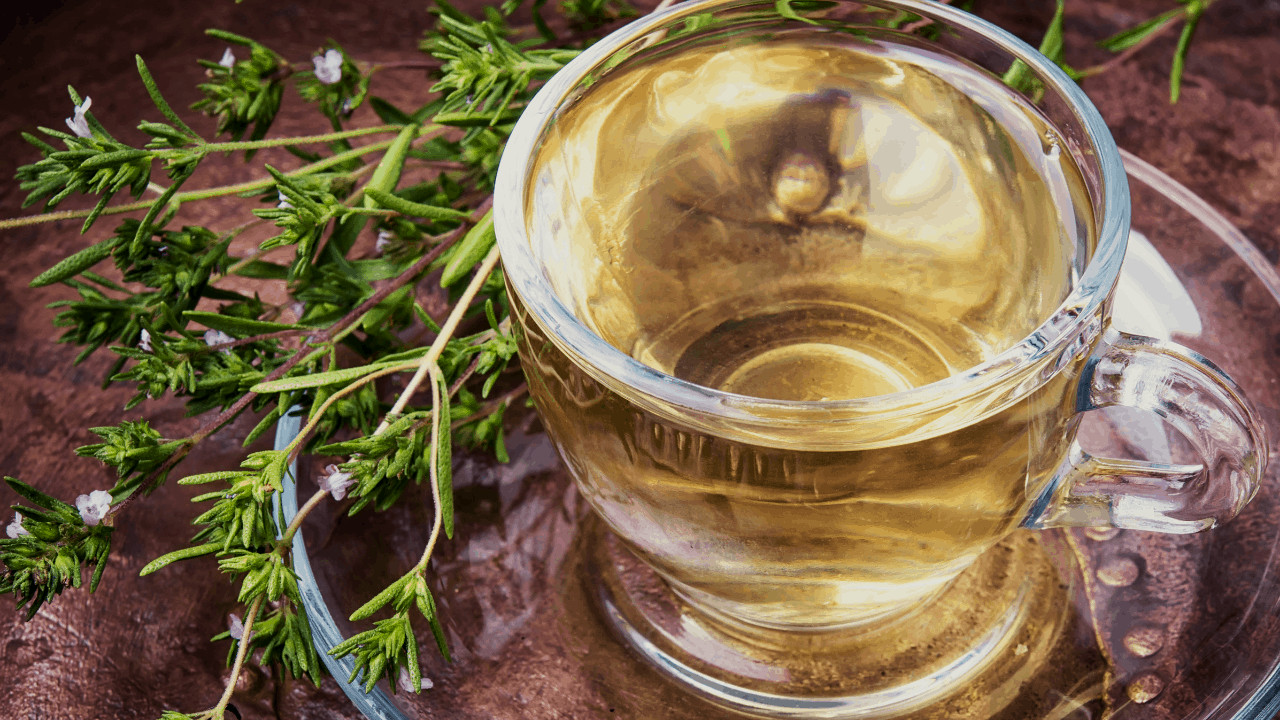 Oregano is a popular herb and is used quite frequently in culinary dishes. A common way to use oregano is to use it fresh or dried. But, an even less common way is to consume oregano as tea. Unlike other herbal teas that are sweet or spiced, oregano tea is bitter and often consumed more for its health benefits rather than taste and flavor.

Oregano tea can have various health benefits, ranging from pain relief to helping ease depression symptoms. But, before you try your hand in brewing a cup of this tea, here are some of the science-backed health benefits and some of the myths surrounding the consumption of oregano tea.

Oregano leaves are rich in flavonoids and phenolic compounds, which are important antioxidants that are essential to neutralize harmful free radicals that cause inflammation and diseases in our bodies.

Its anti-inflammatory effect is particularly due to specific components called thymol and carvacrol. Studies suggest that these antioxidants reduce inflammation by inhibiting the biochemical pathways that initiate the body’s inflammatory response.

Carvacrol, a component in oregano, has an anti-diabetic effect and is demonstrated to reduce blood glucose levels. Type 2 diabetes is a condition where the body cannot produce enough insulin to control blood sugar or doesn’t respond to insulin the way it should (insulin resistance). A person could have one or both of those symptoms. The resulting increased blood sugar can lead to kidney problems, heart problems, and a myriad of other diseases.

Medications, exercise, and diet modification have traditionally been used to control Type 2 diabetes. However, promising studies suggest that blood sugar can be controlled naturally. Studies have found that oregano not only reduces blood sugar levels but also reduces the death of the cells that produce insulin. These are beta-cells located in the pancreas.

Additionally, researchers suggest that oregano effectively reduces lipid levels (dyslipidemia) and normalizes microscopic changes in the liver and kidneys, common in type 2 diabetic patients. The benefits don’t end there. Another reason why Oregano is good for diabetes is that it promotes overall pancreas health.

3. Is Antibacterial and Anti Viral

Oregano is proven to have antibacterial, anti-fungal, and antiviral effects, as suggested by various studies.

A 2010 study shows that oregano is effective against Upper Respiratory Tract Infections (URI). It noted an improvement in sore throat, hoarseness, and cough in the participants. Compounds in oregano also promote bronchodilation or relaxation of the trachea, which helps reduce URI symptoms and speed healing.

What’s more, oregano has been shown to improve gastrointestinal health by reducing inflammation in the gut, preventing colonic damage in acute or chronic colitis patients.

It doesn’t stop there. It can also promote wound healing by preventing or killing bacteria that cause infections, including drug-resistant bacteria.

Depression is quickly becoming one of the most costly diseases among the US population, with over 16 million adults experiencing one or more episodes of depression in 2015. It cost the US over $2 billion in treatment in 2010, and the numbers have likely grown in recent years.

If you suffer from depression, oregano tea might help with symptoms. Components present in oregano like thymol, carvacrol, borneol, and gamma-terpinene, have been shown to reduce depressive symptoms and exhibit positive behavioral effects significantly.

These compounds work by increasing the feel-good hormone serotonin, preventing its degradation in the body. Although this effect may not work for everyone, it’s worth a try. However, if you are on medication for depression, it’s important to consult your medical provider before stopping any medication regimen.

Studies suggest that oregano extract helps improve memory, focus, concentration and helps to keep the mind calm. This means that it may even be beneficial for anxiety. Regular consumption of oregano is neuroprotective and can help us have better brain health as we age. This is possible because neurodegenerative diseases like Parkinson’s and dementia can result from oxidative stress caused by free radicals. Consuming a compound rich in antioxidants like oregano might be an effective supplemental treatment.

Oregano has been shown to improve gut health by improving the intestinal barrier. A disrupted intestine is usually seen in inflammatory conditions like Crohn’s disease, food allergies, acute pancreatitis, and acute or chronic colitis.

An imbalance causes a break in the intestinal barrier in bacterial load, which leads to inflammation, and in turn, breaks down intestinal lining and causes the gut to “leak.” It’s important to know that the gut is supposed to have some degree of permeability because this is how the body metabolizes nutrients from food. But increased gut permeability may cause diseases and inflammation that can be difficult to treat.

Oregano helps to reduce this bacterial imbalance, reduces inflammation, and improves immunity. It is also protective against certain intestinal parasites.

Oregano has been demonstrated as an analgesic in rats for acute pain. The analgesic properties of oregano are attributed to its component, carvacrol. While oregano may not be as potent as aspirin or morphine, it might prove helpful for mild pain.

Dried Oregano, Oregano Oil & Oregano Extract: Which To Use In Tea

Dried oregano is dried oregano leaves. This is what is commonly used in the kitchen and to prepare oregano tea. Removing the leaves from the stems is ideal, as the stems are usually not as tasty.

On the other hand, Oregano oil is an oil that is infused with oregano. The most common “Carrier oil” is olive oil. It’s usually available for oral consumption in capsules and soft gels but is also available in oil form. There are no set rules to if you can use this in your tea instead of oregano leaves.  Always read the label to find out whether the oil is suitable for oral consumption.  Since this is an infusion, it is most likely diluted. Directly infusing your tea with oregano leaves would be better to reap the rewards.

Do not confuse oregano oil with oregano essential oil. Essential oils are highly concentrated oils that are extracted from the plant using steam distillation. Essential oils are usually not suitable for oral consumption, as they are very concentrated and can burn your oral and GI lining. They are used for aromatherapy and topical application (only after dilution) and shouldn’t be considered used to prepare your tea.

On the other hand, Oregano extract is oregano infused in a solution, which can be water, alcohol, or oil.  As this typically contains additional oils and chemicals, it will likely not mix well with hot water.

The best way to prepare a healthy, fresh oregano tea is by using dried or fresh oregano leaves, the same ones you use in cooking.

How To Prepare Oregano Tea

You can purchase ready-made oregano tea bags. All you have to do is steep in hot water for a few minutes and then consume.

But, you can also prepare oregano tea at home using dried or fresh oregano, especially if you have some growing in your garden. In this case, here are the steps:

Oregano tea can be a bit bitter or pungent. If you don’t like that, you can add some honey or lemon to improve the taste. You can also add other herbs or edible flowers if you want to enhance the flavor of your brew.

Side- Effects Of Too Much Oregano

Oregano is a very safe herb to use. But certain people may experience side effects.

Oregano has been used traditionally for many other conditions like acne, cramps, warts, ringworm, indigestion, rosacea, psoriasis, etc. But no scientific studies are backing these claims. However, research shows that this might be a great natural tea to add to a diet to promote overall health, reduce blood sugar and inflammation.

So if you are looking for a change, give it a try as it is pretty safe, has impressive health benefits, and is easy to prepare at home.

Is Rice Milk Good As An Animal Milk Alternative? 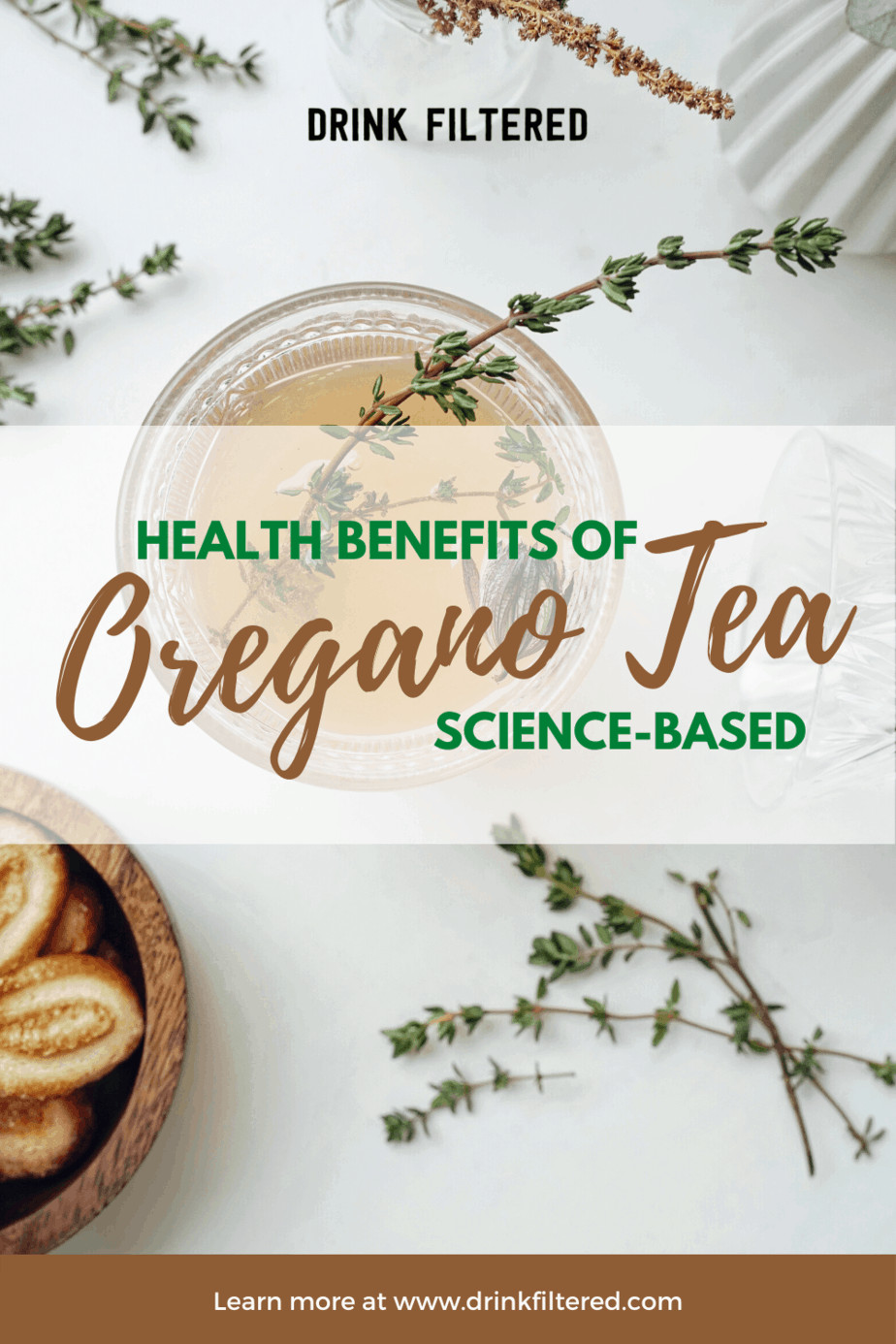