Should You Be Adding Apple Cider Vinegar In Your Water?

A few years ago, Apple cider vinegar (ACV) took the health-claim spotlight as a weight-loss elixir.  Not long after many other claims started to appear, regarding its many “hidden” benefits. Since then researchers have been able to prove that ACV may improve overall health, making it a beneficial addition to your daily routine.

However, not all the claims about ACV that you can find on the internet is true. If you are going to start drinking this, it is important to be aware of the risks and benefits. So, we set out to write a definitive guide on what there is to know about drinking Apple cider vinegar.

With type 2 diabetes the body becomes less sensitive to insulin, or the pancreas does not produce as much insulin. As a result, blood sugar levels increase. Apple cider vinegar tackles this issue by increasing the sensitivity of our body towards insulin, proving beneficial to type 2 diabetics.

A study from Arizona State University showed that consuming ACV prior to a meal helped to reduce blood sugar levels postprandial (after eating). Post-prandial blood sugar levels are what make up a large portion of a HbA1C lab, which is a three-month snapshot of average blood sugar levels. So, incorporating ACV can help to lower blood sugar on both a short term and long term basis. In fact the action of vinegar on carbohydrate metabolism (which is what leads to increased blood sugar) is thought to mimic some diabetic medications!

Another study showed that consuming vinegar before bed can help to reduce blood sugar in the morning (for Type 2 diabetics, elevated morning blood glucose is commonly referred to as the “Dawn Phenomenon”), by potentially increasing insulin resistance.

A study in Japan concluded that vinegar helps reduce the stubborn belly fat and overall BMI by reducing triglyceride levels, slowing down the formation of lipids in the liver.

Another more recent study showed that consuming ACV (along with a calorie-restricted diet) led to:

An interesting fact to note about this study is that the diet was only reduced by about 250 calories per day, and included 30ml of ACV (1 ounce).

Does 250 calories seem like a lot? It’s not. That’s one candy bar. Or one small order of French fries from your favorite fast food restaurant. This study while only lasting 12 weeks in length is great support that incorporating ACV can help to lose weight and improve cardiovascular health.

3. It’s Great For Your Heart

There is also some evidence that ACV helps with high blood pressure. It’s important to note, though, that those studies were not done in humans.

Thanks to its fruit origin, ACV contains B-vitamins and polyphenols, including catechins, quercetin, and resveratrol. These polyphenols work as antioxidants, protecting the body against free-radical damage. Free-radicals are key players in cardiovascular disease, cancer, and other disease states. Incorporating ACV could help to protect against all of these, although more research is likely needed in this area.

One study from China showed that ingesting vinegar helped to lower the incidence of esophageal cancer, suggesting that ACV might help protect against cancer. This is a correlative relationship and does not demonstrate that ACV cures or reverses cancer.

Additionally, it is important to note that a lot of these studies expose the cancer cells to vinegar, which is difficult to re-create in the body.

Research shows that while fermented foods (including ACV) have important health benefits, they are not technically considered probiotics. To be considered a probiotic, the beneficial bacteria must move through the entire gastrointestinal system to land in the bowel, which is likely impossible for ACV as the acid found in the stomach will destroy the bacteria.

That being said, there is research that shows that ACV might help to control candida overgrowth. Candida is a group of naturally occurring yeasts in the body, and normally don’t pose a threat. However, an overgrowth can lead to health problems. Incorporating ACV could help to prevent this overgrowth, bringing the body back to its natural balance.

Too Much Of A Good Thing?

Although ACV has many health benefits that are backed by science, that doesn't make medications, a good diet, exercise and an overall healthy lifestyle obsolete.

It will not cure your diabetes.

Iit will not cure cancer.

And it will not reduce your blood pressure.

It’s also important to note that vinegar (and other acidic beverages) may not be beneficial when ingested in large quantities, and may even be dangerous.

1. Acidity Is Not Everyone’s Friend

The chief component of apple cider vinegar is acetic acid. In a very high dose, this can cause irritation in your body. The pH of ACV is about 2-3 on the scale, which is similar to lemon juice.

A very concentrated Apple cider vinegar drink can erode your teeth enamel, making it sensitive and prone to cavities. It can also irritate your gastrointestinal lining if consumed in high concentration.

Consume ACV diluted, or in small quantities, rinsing your mouth after.

Since Apple cider vinegar can reduce potassium levels, there is a risk of drug interaction with medications like insulin, digoxin, and diuretics. The heart needs potassium to keep pumping, so lower potassium levels can be very dangerous.  A low potassium level can lead to muscle weakness, cramps and even abnormal heart rhythms.

Should You Drink It After Meals Or On An Empty Stomach?

There's a lot of hype that drinking ACV in an empty stomach is better when compared to drinking it after meals, especially if you are trying to lose weight.

If you are diabetic, however, consuming it 15-20 minutes before the meals would be helpful rather than drinking in the early morning. Also, if you are trying to control fasting sugar levels then drinking before bedtime would be helpful.

How To Consume Apple Cider Vinegar

If you have ever consumed vinegar (any kind), you know that they are extremely tart. You cannot and you should not ever drink apple cider vinegar in pure, concentrated form, straight from the bottle.

Now, using ACV for various health benefits is essentially a home remedy, and so there is no standard dosage as to how much you should be consuming it.But usually, one tablespoon of ACV mixed in a glass of water (250 ml or 8 ounces) is sufficient and tolerable to drink. However, even one tablespoon of it can be tart for many. If this is the case, then make it half tablespoon at once, or you can dilute it more. Some people increase it to 2 tablespoons once they are a bit used to, but it's advised that you don’t go beyond 2 tablespoons of ACV at once.

Adding ACV to hot or cold herbal tea might be another way to incorporate it into your daily routine. Note that if ACV does not appeal to you, or you experience unwanted side effects after consumption, there is no reason to continue to try to drink it. Science does show that it has benefits, but benefits do not always outweigh risks.

Should You Get Acv With Or Without The "Mother"?

Apple cider vinegar is available in two forms: with and without the “mother”. The "mother" is a substance composed of cellulose and bacteria which develops on fermenting liquids, and is what turns vinegar into vinegar. It can be commonly found in unpasteurized or unfiltered vinegar. It is also referred to as the “scoby”, and can be used to make new batches of vinegar or even kombucha, a popular lightly-fermented beverage.

There are many claims that the unfiltered form or the one with "mother" is the better version. Maybe this is true when we speak about ACV for gut health,  as the unfiltered form is more likely to contain larger amounts of healthy bacteria. But other than this, there are no scientific studies that prove that the unfiltered form is superior. Additionally, unfiltered vinegar is unpasteurized. Pasteurization is the process of gently heating a liquid to kill harmful bacteria and promote stability. Pregnant women or those with weakened immune systems are generally not encouraged to consume unpasteurized eggs, fruit juices, cheeses, or other unpasteurized items. Filtered vinegar would be ideal in any of these circumstances to help prevent illness.

Can you replace apple cider vinegar with white vinegar?

Similar results to ACV have also been seen with other vinegar.

Should you consume ACV? Our answer: It depends.

The main compound in vinegar, acetic acid, has been proven to promote glucose control, reduce cholesterol, promote weight loss and reduce visceral fat, and can have antioxidant benefits. It can also help to prevent bacterial and fungal overgrowth, keeping internal processes running smoothly. Over time, it could even improve overall health, and maybe reduce the amount of medications that are required; insulin or cholesterol medications may not always be required if symptoms are managed appropriately. This could have a vast impact on health status and the amount of money spent on medications and healthcare, which is currently around $329 billion dollars.

However, it can interact with some medications and have some undesirable side effects. It’s always important to remember to discuss with your health professional prior to starting any new regimen, and whether or not it’s the best idea for you. 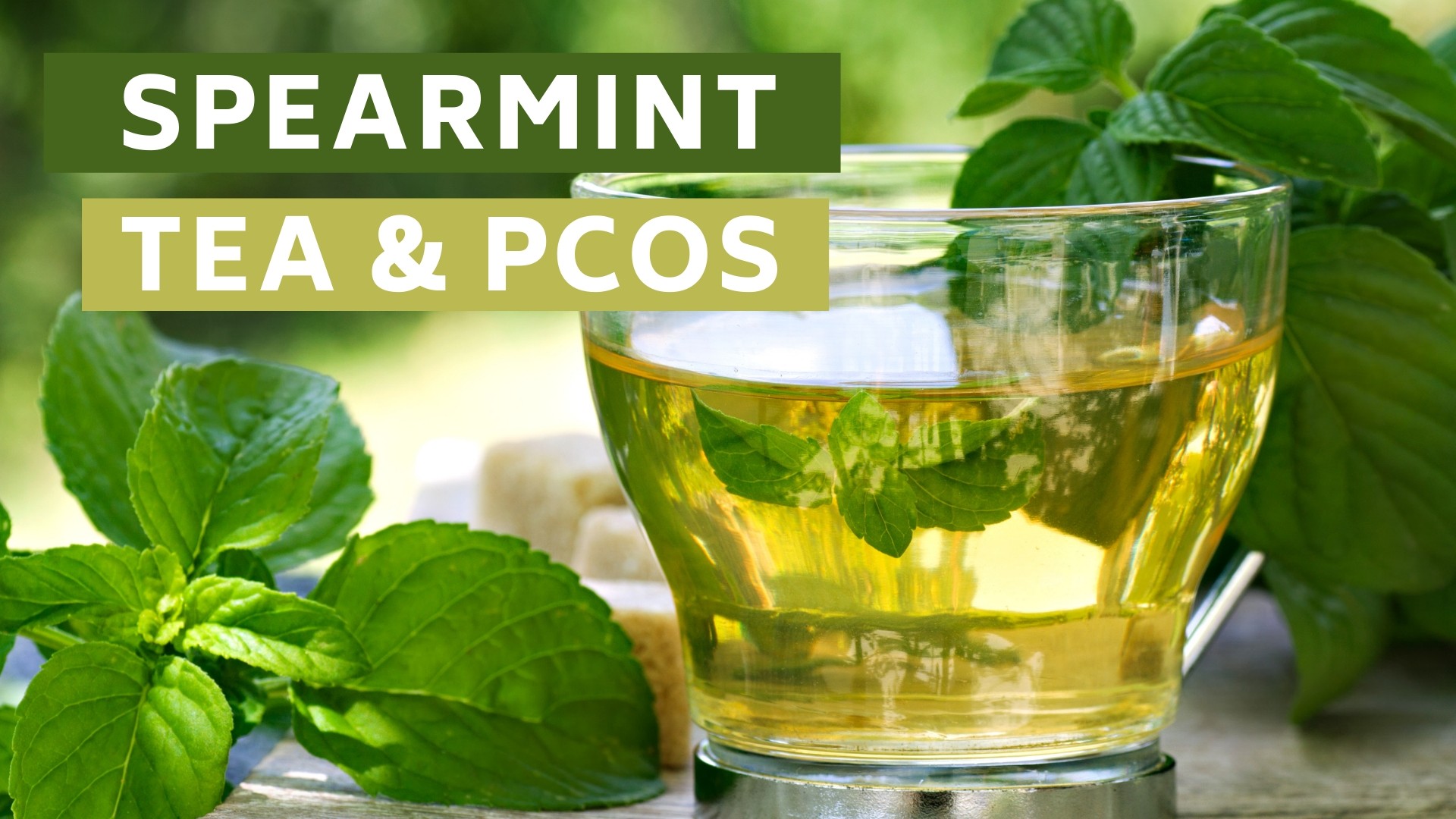 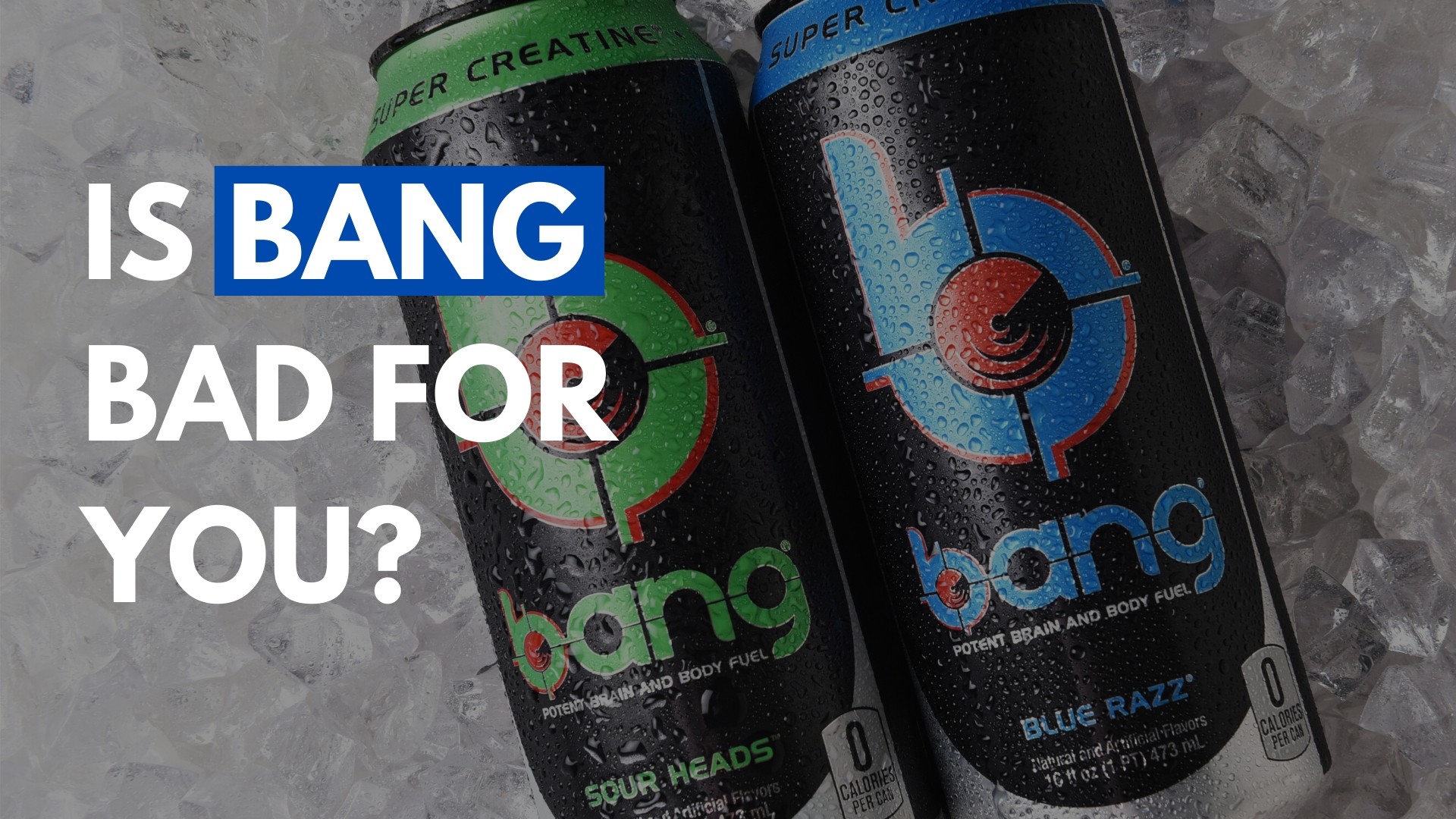 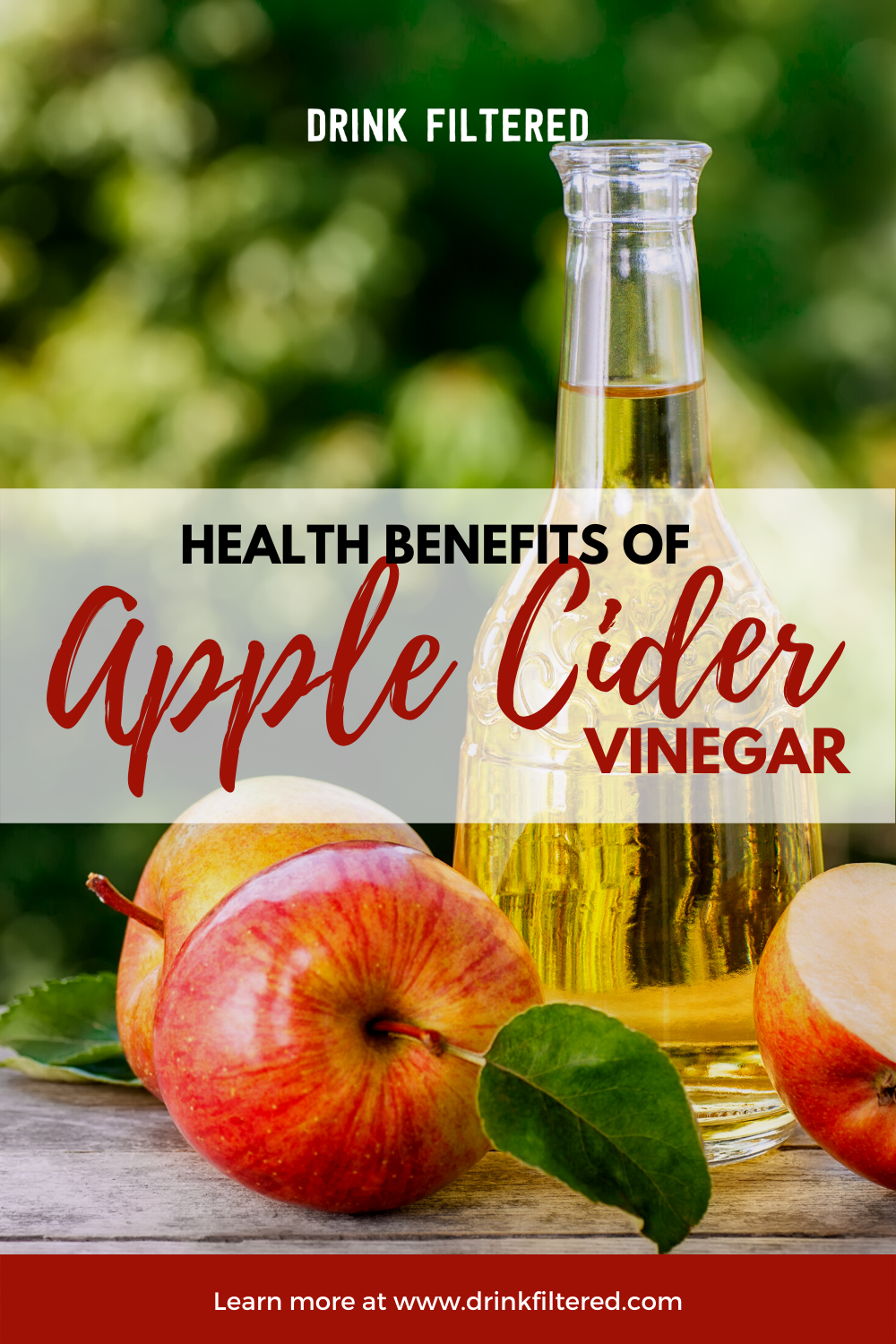 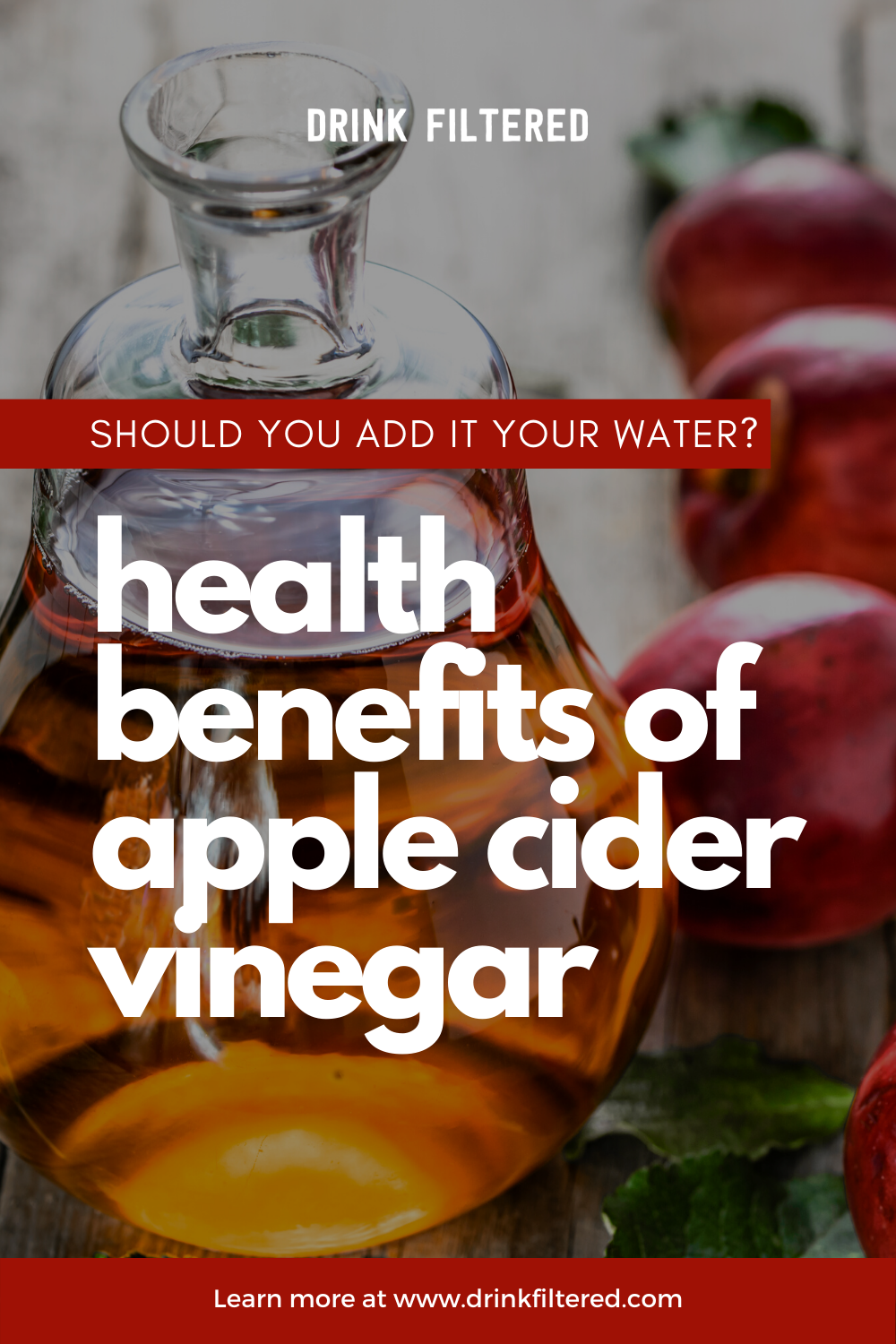 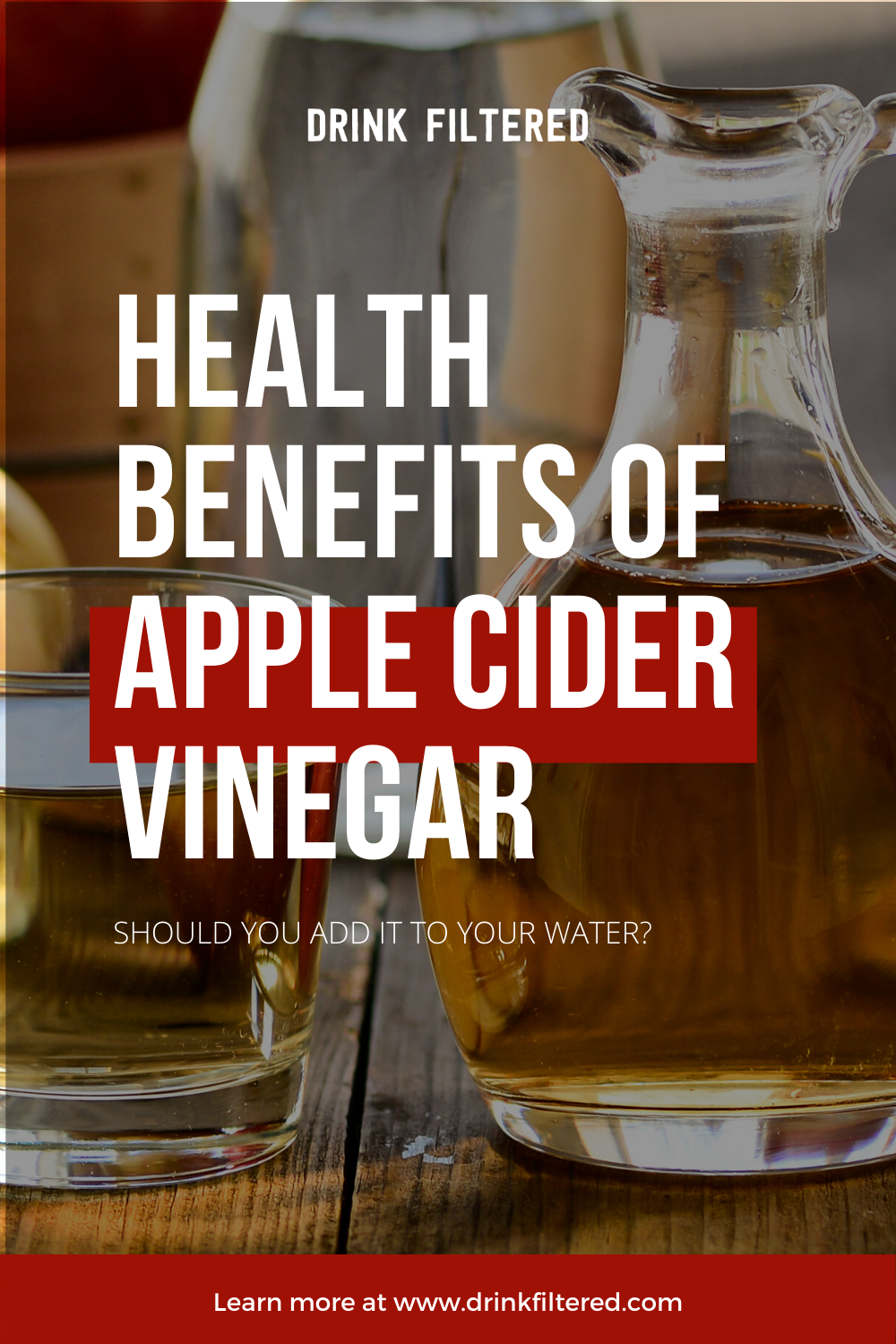