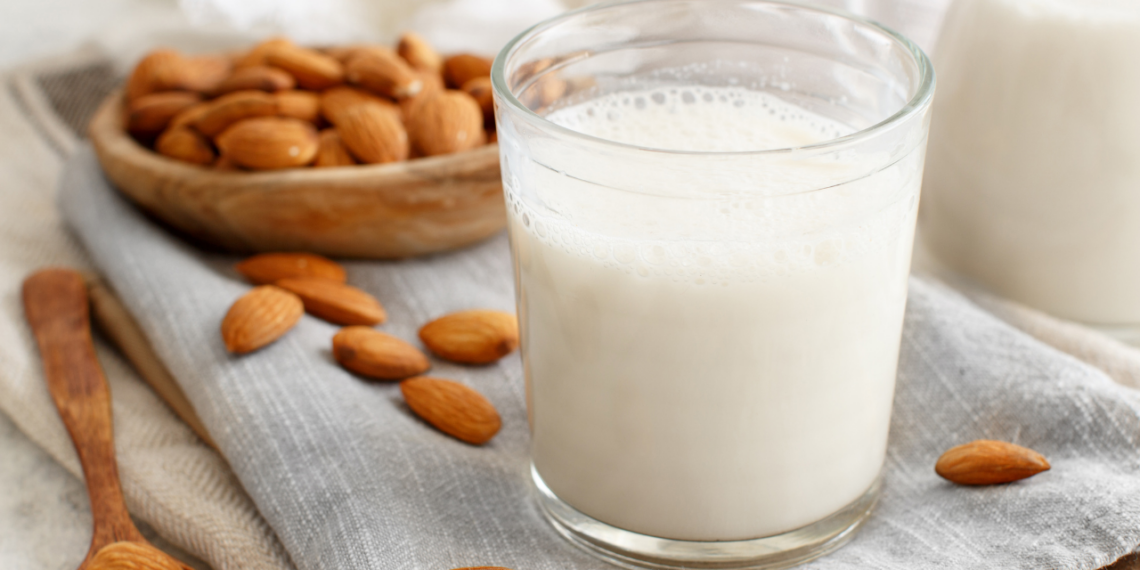 Almond milk is often directed at vegans, but is it actually suitable for people who want to avoid anything that harms animals?

First things first, we all know that almond milk is a great plant-based milk alternative. Although some homemade almond milk recipes suggest sweetening it with honey – which is not vegan – the overwhelming majority of the almond milk in stores will not contain animal products. So is almond milk vegan after all?

Almond milk is vegan because it does not contain animal products. However, many vegans are concerned because of the impact almonds have on bees. Almonds also require a lot of water so those with environmental concerns might prefer to find another option. Some strict vegans will not drink almond milk

Veganism is not just a diet; it’s a lifestyle. Vegans eat a plant-based diet, free from animal products like meat, fish, dairy, and eggs. They also try to live a life without exploiting animals; so, while some food might seem to be plant-based, if it somehow exploits animals, many vegans won’t touch it.

Generally, no, almond milk does not contain animal products. A generic almond milk recipe will look something like this:

Store-bought almond milk could also contain ingredients like gellan gum, calcium carbonate, and locust bean gun for thickness, to bind the ingredients, and to keep the product fresh.

Calcium carbonate can sometimes be derived from coral, seashells, or eggshells – which wouldn’t be considered vegan. It can also come from marble and rocks. Given that almond milk (and other non-dairy milk) are marketed towards vegans, the calcium carbonate and similar ingredients will most likely be plant-based.

Some homemade almond milk recipes might suggest ingredients that are not vegan-friendly like honey, but this is typically not included in-store bought brands. Almond milk is primarily aimed at vegans so it’s very unlikely to see non-vegan ingredients pop up.

Why is the honey in Almond Milk Not Vegan?

While honey might not be an animal or come directly from an animal, it’s not considered vegan friendly because commercially produced honey often comes with a handful of harmful practices that hurt bees.

Why is Sugar in Almond Milk Not Vegan?

Another issue some vegans may take with almond milk and some other milk alternatives is the sweetener used. We’ve already established that honey is not vegan, but some sugar is technically not vegan either.

Some sugar, like white cane sugar (and brown sugars that were made from white sugar) is filtered through bone char. So, while it does not contain animal products it technically involves animals. Raw sugar is vegan safe, as well as coconut sugar.

Since it’s not always clear what sugar has been used in store-bought almond milk, it is often hard to tell which is vegan friendly without first knowing about the brand before shopping. For this reason, some vegans will put a product back if it’s not explicitly stated on the packaging that it’s vegan. Others find that too restrictive and would still go for it.

Why Do Some Vegans Say Almond Milk Not Vegan?

While almond milk is vegan in the sense that it does not contain any animal products and is not made by an animal or byproduct, the problem for some is the knowledge that almond trees are often treated with pesticides that harm bees when they go to pollinate the almond blossoms.

Environmentalists reportedly suspect that the decline in bee populations in 2018/19 was due to industrial agricultural methods used within the almond industry. Bees like a diverse landscape, but the almond industry in California is largely a monoculture. Plus, the amount of European honeybees used on almond farms threatens native bee species. Almonds also require bees to wake up from hibernation early to attend to the crop season.

So, it’s not so much the almonds that are killing the bees, but how the almonds are grown and harvested. It can be tricky to navigate eating vegan as well as eating sustainably produced foods. For most vegans, almond milk is considered a perfectly acceptable alternative to milk.

A raw vegan is someone who combines a plant-based diet with a raw diet. This means they consume no animal products, and nothing can be cooked over 104°F. So, foods are eaten either completely raw, slightly heated, and sometimes fermented.

Store-bought almond milk is usually not raw. This is because it’s usually pasteurized so it is not suitable for a raw diet. People on this diet will typically make their own alternatives to cow’s milk at home as they can skip the pasteurization process and drink the milk relatively quickly.

Additionally, people on a raw diet will typically prefer to make their almond milk from unroasted almonds rather than roasted ones.

Do note that not all vegans are also raw. And, not everyone on a raw diet will necessarily be vegan either.

What’s the best milk for vegans?

It largely depends on personal taste. Determining the best plant-based milk also depends on why you’re vegan in the first place. Some people adopt this lifestyle for animal welfare reasons, others for environmental reasons, and some for health reasons, or for all of the above. So, the best choice might depend on which of these issues you personally care the most about.

There are so many choices when it comes to milk alternatives like coconut milk, soya milk, oat milk, rice milk, cashew milk, and many more. So, if you decide to cut out almond milk because you’re concerned about how this milk is made, you have many more options to choose from.

The exact nutritional breakdown of plant-based milk varies from product to product and recipe to recipe. However, overall, soya milk seems to be the healthiest because it is fairly nutritionally balanced. It’s also the only plant-based milk that is a complete protein so it can compete with cow’s milk in terms of nutrition.

Soy (and quinoa) are the only plant-based proteins to contain all nine essential amino acids – the remaining plant-based proteins are considered incomplete proteins. These amino acids cannot be synthesized by the body so they need to be consumed in the diet. As long as you vary your protein intake with different products and foods, you shouldn’t have to worry about this.

As long as your milk of choice is not full of sugar, it’s a pretty healthy choice.

Taste is more subjective. Vegan milk can be tricky too because one brand’s soya milk can taste vastly different from another.

Almond milk has a mild nutty taste. Soya milk is thick and creamy, so probably the most akin to cow’s milk. While oat milk appears to be the most popular for coffee.

Rather than having one milk only, lots of vegans will have different ones for different things. For example, using soya milk in cereal, but adding oat milk to tea and coffee.

The Most Eco-Friendly Plant-Based Milk

It’s pretty tricky to determine the most sustainable plant-based milk. Sustainability depends on carbon footprint, land use, and water usage.

Almond milk takes up a lot of water. 12 liters of water is required to produce one California almond. Given that it comes from a tree, almond trees take up less space than growing oats, rice, and soy crops. However, fewer CO2 emissions are released producing almond milk, compared to oat milk, soya, and rice. Oat milk and soy milk require much less water than almond milk. Rice milk also uses less water than almond milk, but it is still a pretty high amount.

Either way; plant-based milk all scored lower in terms of carbon footprint, land use, and water use than cow’s milk. So, whatever you choose, it is a step forward if you’re vegan for environmental reasons.

Veganism is already quite a restrictive diet. Meat production is believed to be harmful to the environment, so the fact that you’re not consuming that is a huge step forward. So, if you start basing absolutely everything you eat on how green it is, you could end up with very little left in your diet.

Generally speaking, the more mass-produced something is, the worse it usually is for the environment. So, almond milk produced by a small local farm could be the most environmentally friendly option in the end.

Almond milk technically is vegan. It does not contain anything from an animal, nor was it made by an animal. The issue many vegans take with it is the fact that the almond farming methods may be detrimental to bees. However, aside from the issues with bees and water use, almond milk is still a great choice if you’re trying to eat more sustainable foods.

If you’re vegan, it’s really up to you to determine if you think how the almond milk is made is enough to disqualify it from your diet. 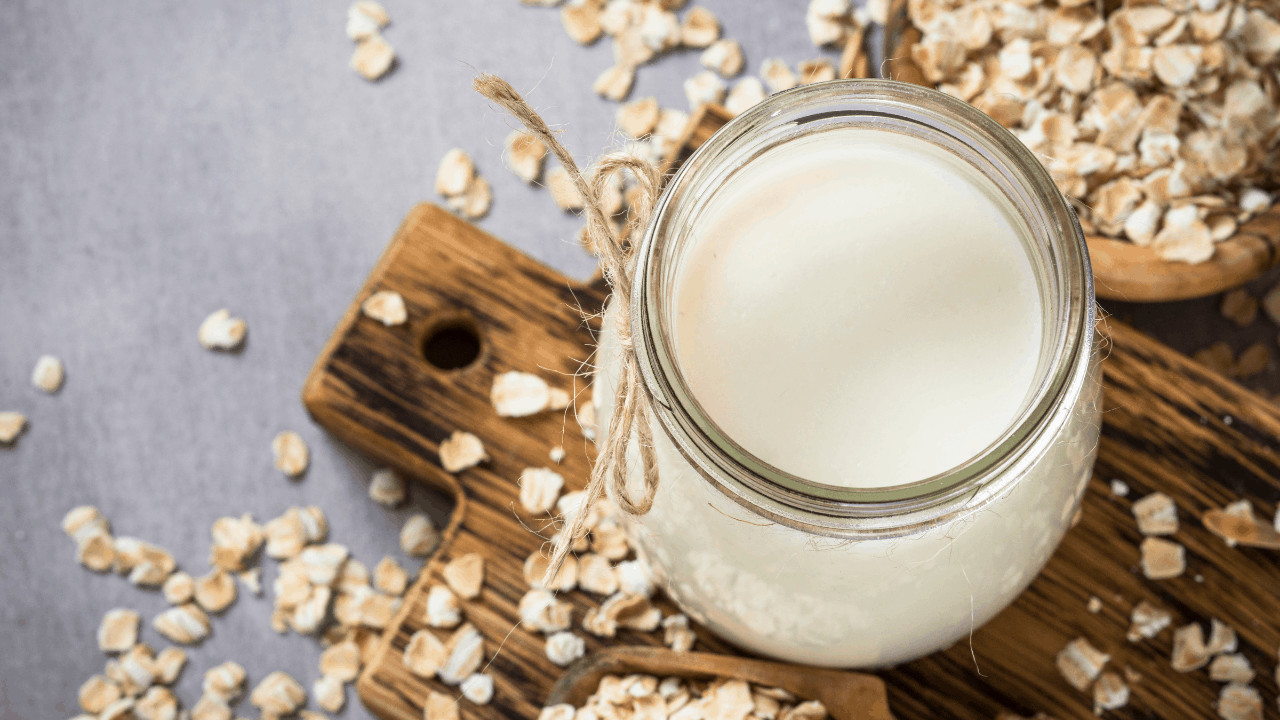 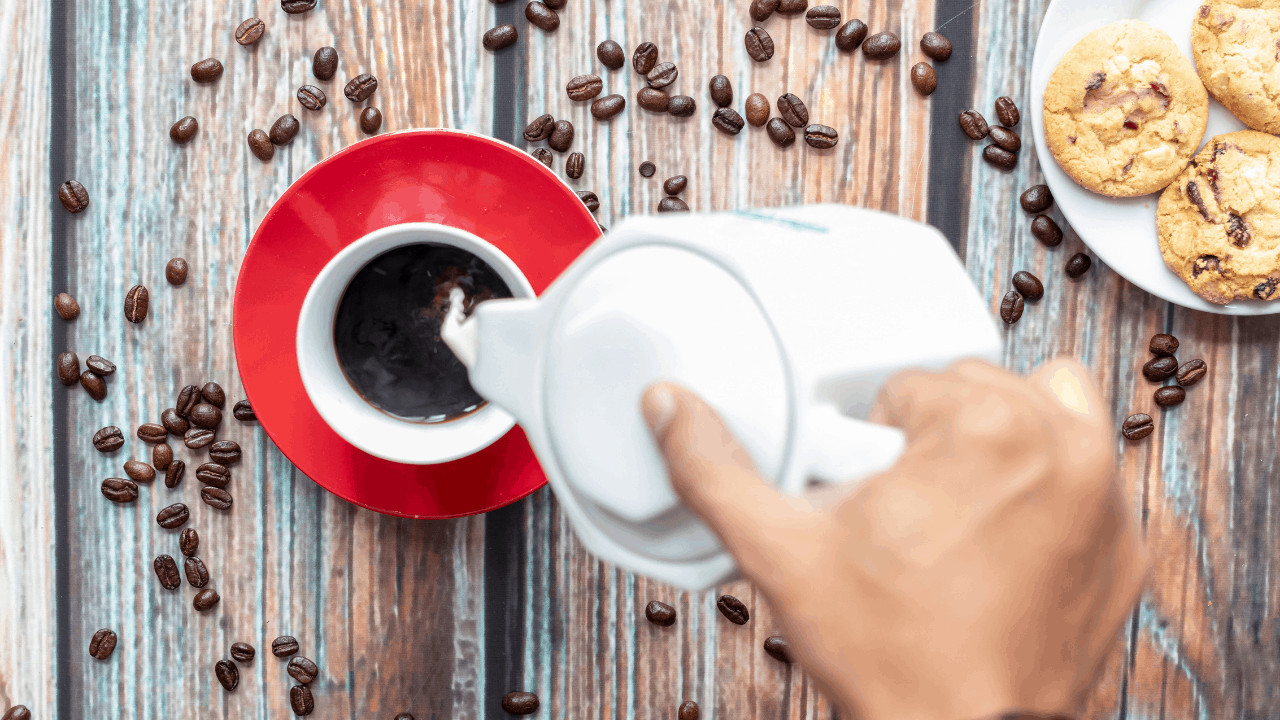 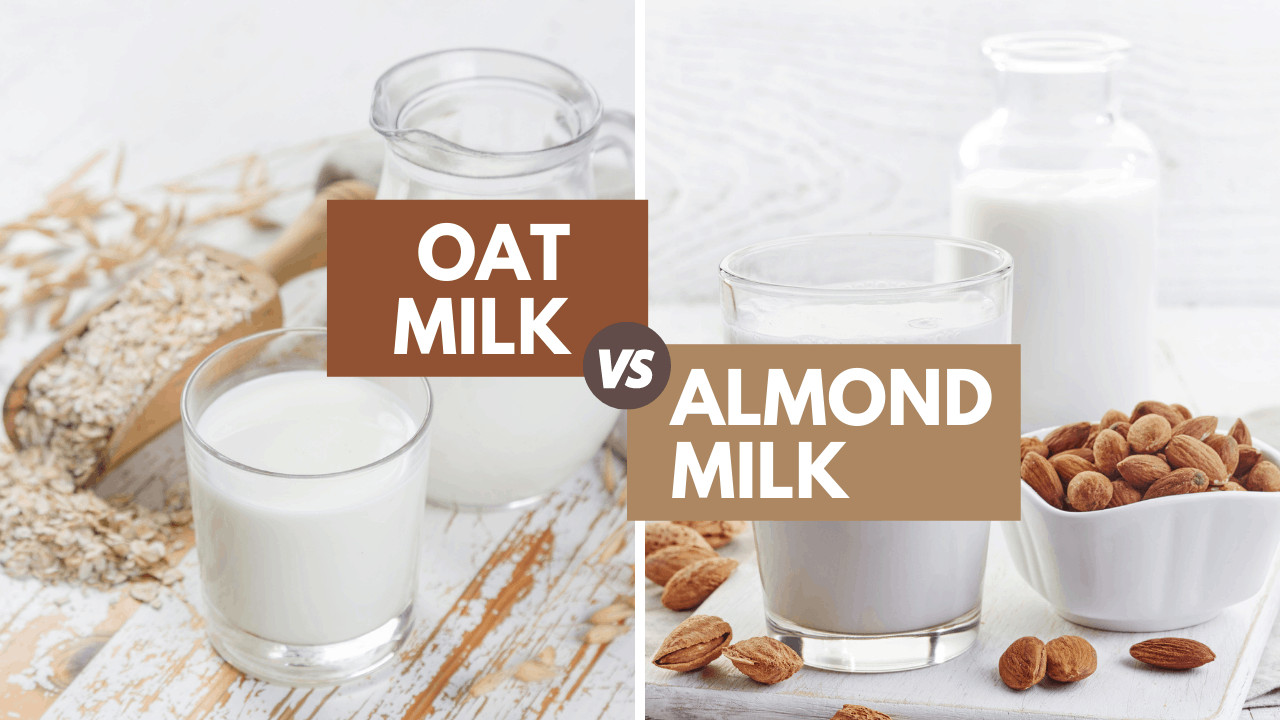 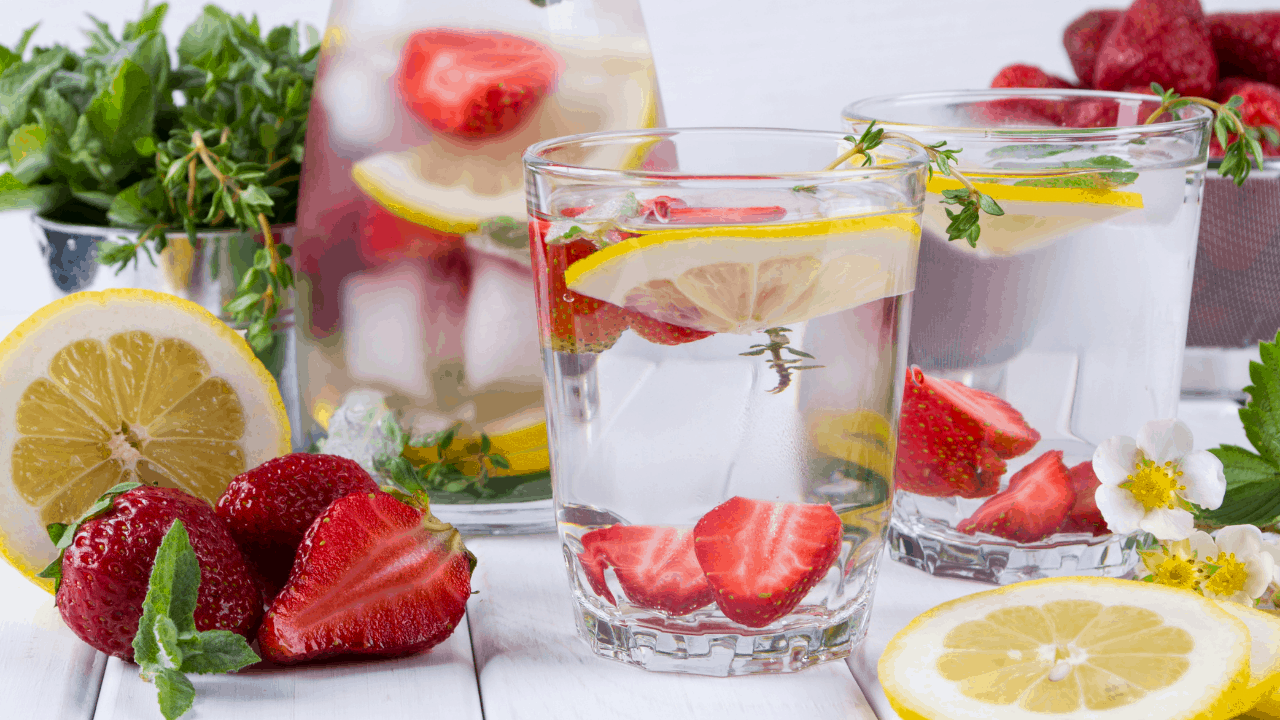 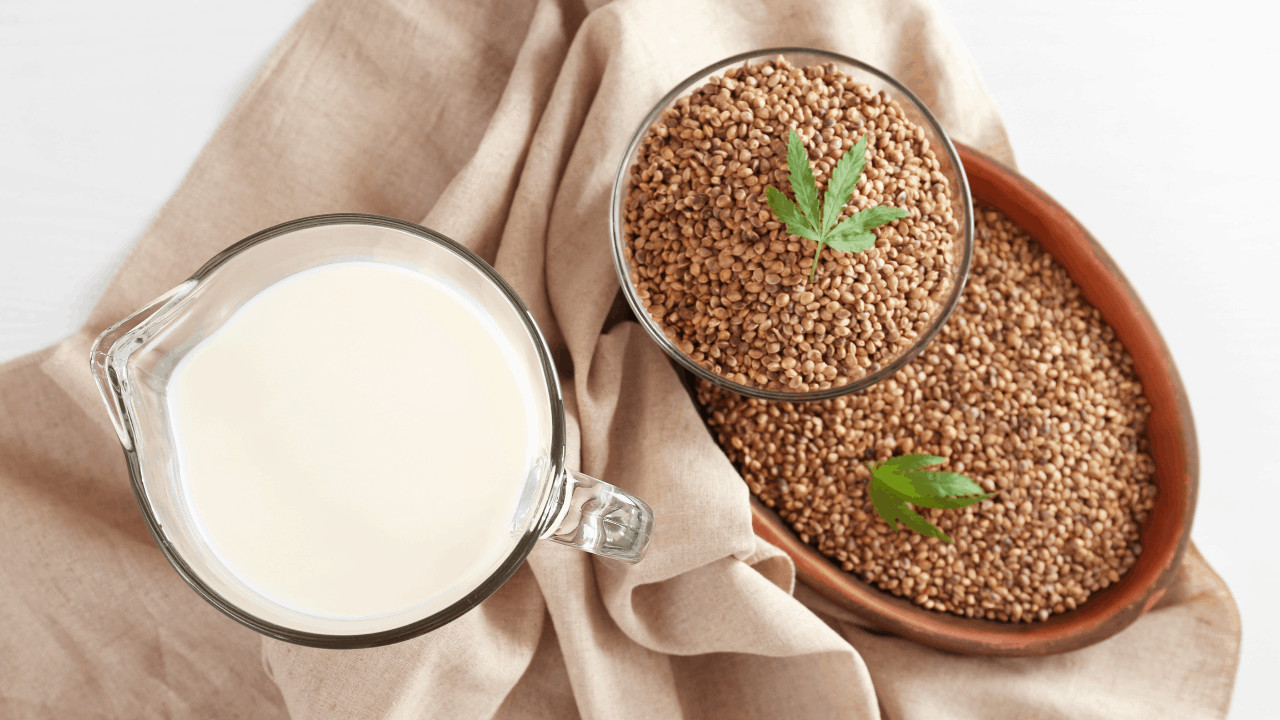 Is Hemp Milk Good For You?