Can You Drink Almond Milk If Allergic To Almonds?

Written by
Stephanie Searor
,
MS, RD, LDN
• Edited by
,
• Last updated
January 15, 2021
This post may contain affiliate links so we earn a commission if you click through and make a purchase. This is how we keep our content free and invest in bringing even better content to you!
▶
▼
Quick Navigation

Food allergies cause allergic reactions and affect up to 8 percent of children and 3 percent of adults.

Allergic reactions are caused by the body's immune response to a foreign substance. Some people's body's attack foods, and the reason for allergies is still somewhat unknown. People can outgrow allergies, but they can also develop them throughout life. Allergic reactions can range from mild to severe and life threatening, and should always be taken seriously.

Allergies are commonly confused with intolerance, but are very different reactions. Symptoms of an allergic reaction include itchy throat, sneezing, hives, eczema or other skin rashes, or swelling on the face or mouth. They could also be as serious as anaphylaxis,  closing of the throat, difficulty breathing, and racing of the heart.

Food intolerance mainly presents as gastrointestinal symptoms, including nausea, vomiting, cramping, diarrhea, vomiting, and abdominal pain. Serious side effects from eating foods that you are intolerant or allergic to could manifest over time. If you feel that you have a food allergy or a food intolerance, it would be important to talk to a medical professional to find out if there are specific foods to which you are allergic or intolerant.

The top eight foods that most people are allergic to include dairy, soy, wheat, eggs, fish, shellfish, tree nuts, and peanuts. Common food intolerances include lactose intolerance (the inability to digest dairy), soy intolerance, intolerance to fish or shellfish, or what or gluten intolerance.

This article will focus on almond milk and associated allergy or intolerance. Read on to find out more about almond milk, if you can drink it with or without an almond allergy, and if there are any reasons to avoid incorporating it into your diet.

Almond Allergy- How Common Is It?

Almonds are part of the tree nut family. About 1% of people have an allergy to tree nuts, which includes allergies to almonds, cashews, brazil nuts, walnuts, pecans, and macadamia nuts. Someone can be allergic to one of these nuts, but not necessarily all of them.

It's difficult to pinpoint almond allergies specifically, but the easiest way would be to have an allergy test done at a doctor's office. They could test for all different types of allergies and help to figure out treatment options.

If you find that you eat almonds and have difficulty breathing, skin problems, abdominal distress, or any other symptoms, you may have an allergy or intolerance to almonds. It would be best to remove almonds from your diet and seek medical advice, which may help to reduce future allergic reactions or symptoms.

Can You Be Allergic to Almond Milk?

If people are allergic to one of the additives in almond milk, they would likely have a reaction when drinking it; it would be prudent to drink another type of dairy free milk, like rice milk, soy milk, or other plant based milk products. Many people drink almond milk because they think it's the best option, but realistically, there are plenty of reasons for which some people may need avoid drinking almond milk.

Can You Drink Almond Milk If You Are Allergic To Almonds?

An allergy to almonds is triggered by the protein in the nut. When that protein is consumed, the body's immune response tells it to attack, leading symptoms like to runny nose, itchy skin or mouth, difficulty breathing, increased heart rate, or gastrointestinal discomfort. Symptoms vary from person to person, and may be worse in children than adults.

For your health, it would be best to avoid almond milk if you have an allergy to almonds. If you are lactose intolerance, you could drink other types of dairy free milk products like rice milk, soy milk, or hemp milk. It would be important to seek medical help if you do accidentally drink almond milk and experience health problems, as the reaction may get worse over time.

What Is Bad About Almond Milk?

There are several reasons why you might want to avoid drinking almond milk. If you have an allergy to almonds, you should not drink almond milk. Additionally, if there is an ingredient in the milk to which you are allergic or intolerant, drinking it could make you sick.

Almond milk is made by processing almonds and adding nutrients and sugar and cocoa (if it's chocolate). Almond milk has stabilizers and fillers, and is much more processed than traditional cow's milk. One common additive that is used for thickening is carrageenan, which has been thought to lead to gastrointestinal distress. People do say that removing carrageenan from their diet resolves symptoms. Carrageenan has been removed from the organic foods list, meaning that it cannot be used in any foods that are labeled as organic.

Almond milk (and other nut milk) is low in protein and low in many nutrients when compared to cow's milk. It only contains one gram of protein per one cup serving, and can contain over 17 grams of added sugar per serving. It's best to avoid drinking sweetened almond milk if you need to watch your sugar intake, especially if you have a condition like diabetes or gestational diabetes (during pregnancy).

One major reason that almond milk could be considered "bad" is because of the waste that is generated when producing almond milk. Almonds are processed and mixed with water, then strained. All of the solids are discarded, leading to excessive amounts of food waste that chefs and manufacturers don't reuse. This leads to tons of wasted, discarded, flavorless almond pulps.

Another reason almond milk could be considered bad is because of the amount of energy it takes to grow almonds.

One study from Penn State showed that it takes over one gallon of water to grow a single almond.

Another point made is that the pesticides used by nut farmers are lethal to bees. Bees are crucial to pollinate almond flowers, and, in recent years, their population has been threatened. It also takes more bees to pollinate almond trees than any other crop, requiring extensive resources to produce almonds for milk.

Almond milk consumption has increased exponentially in recent years. If you are allergic to almonds or tree nuts, you might not be able to drink almond milk. If you are allergic to another ingredient in almond milk, it would also be smart to avoid drinking it to avoid an allergic reaction or intolerance. Finally, if you are concerned about the environment, it would be important to read and learn about different plant-based milks and which of them would be best for the environment. 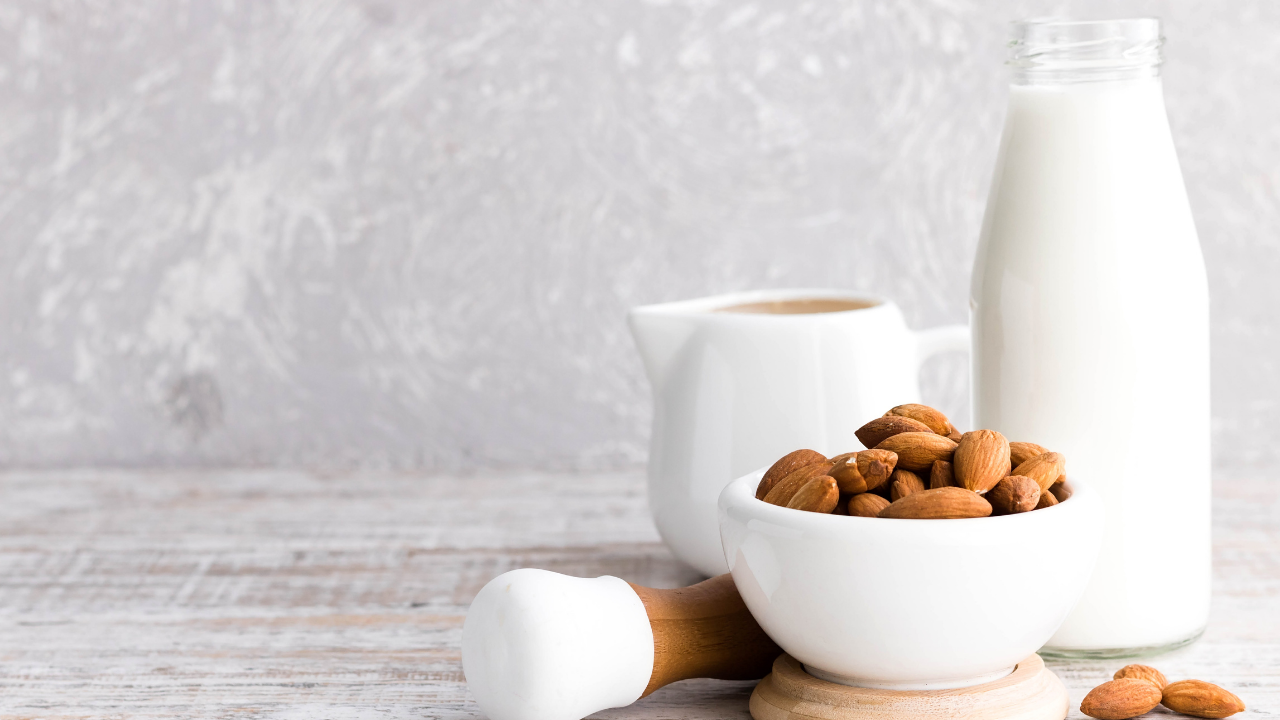 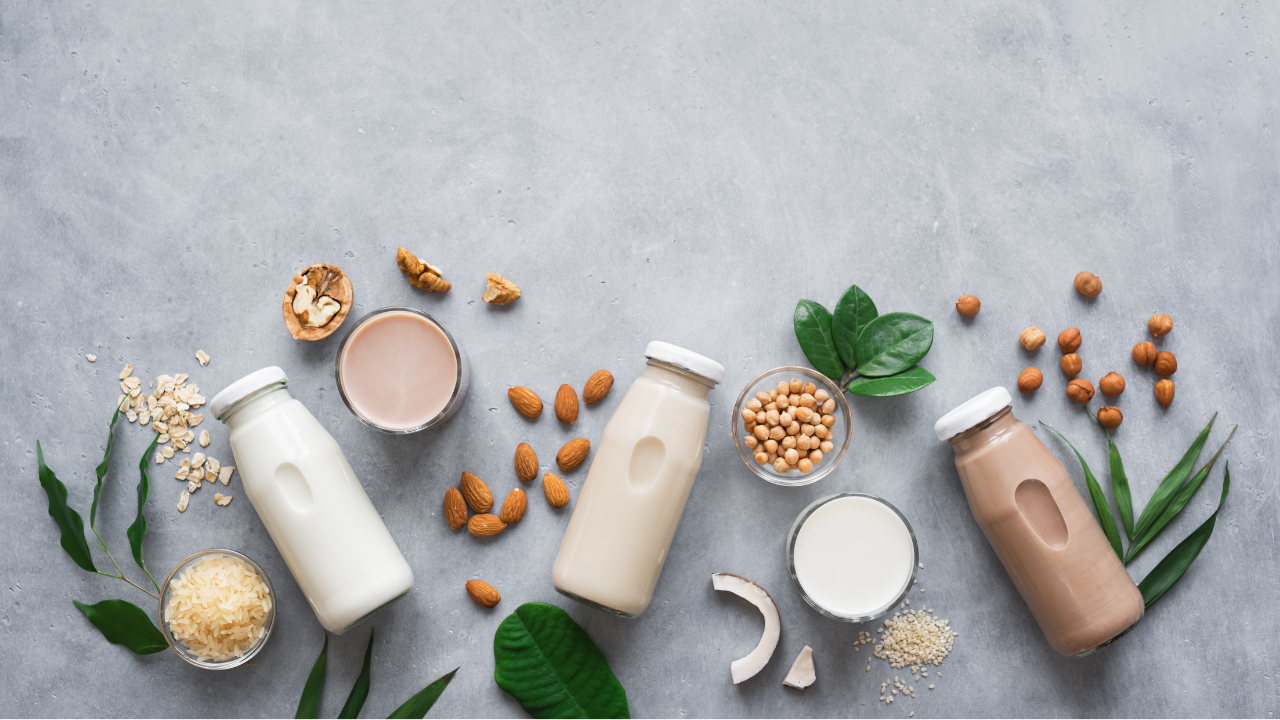 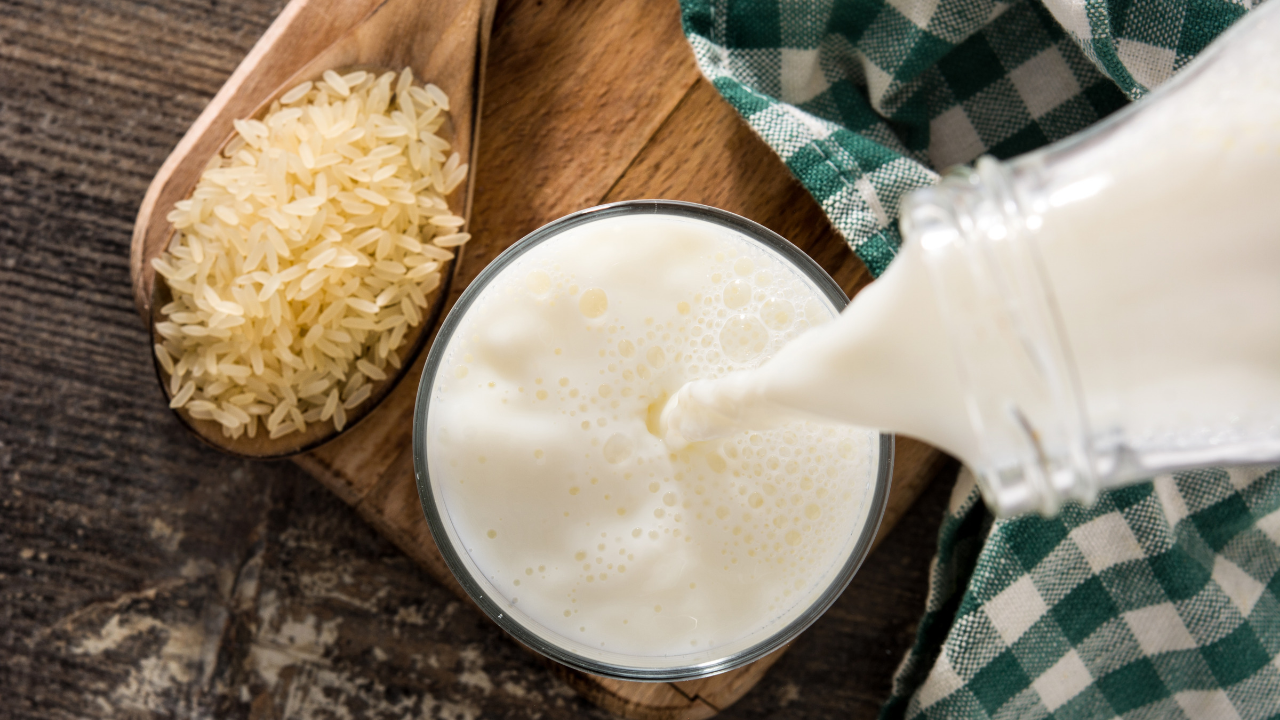 Is Rice Milk Good As An Animal Milk Alternative?
Spread the Word 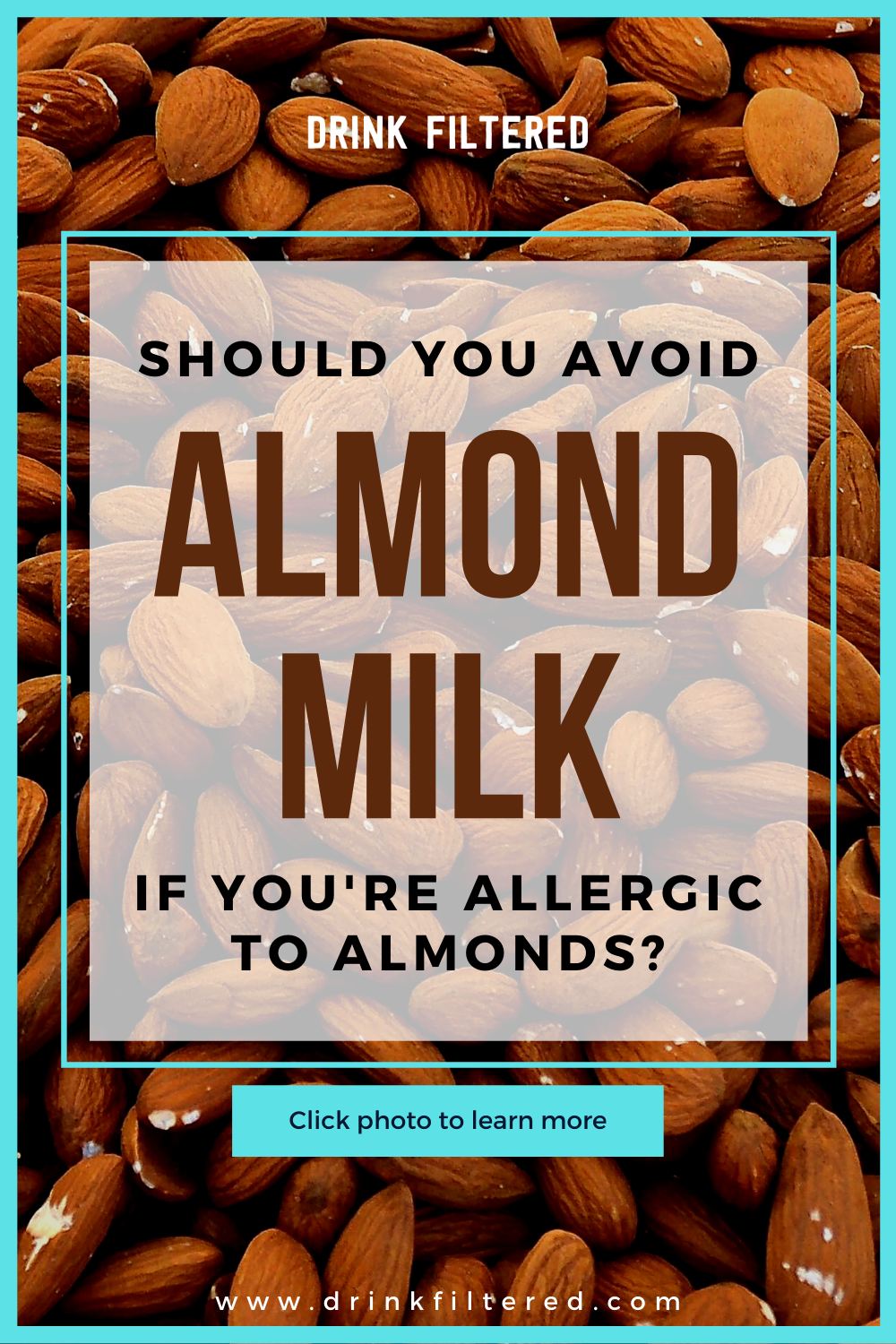 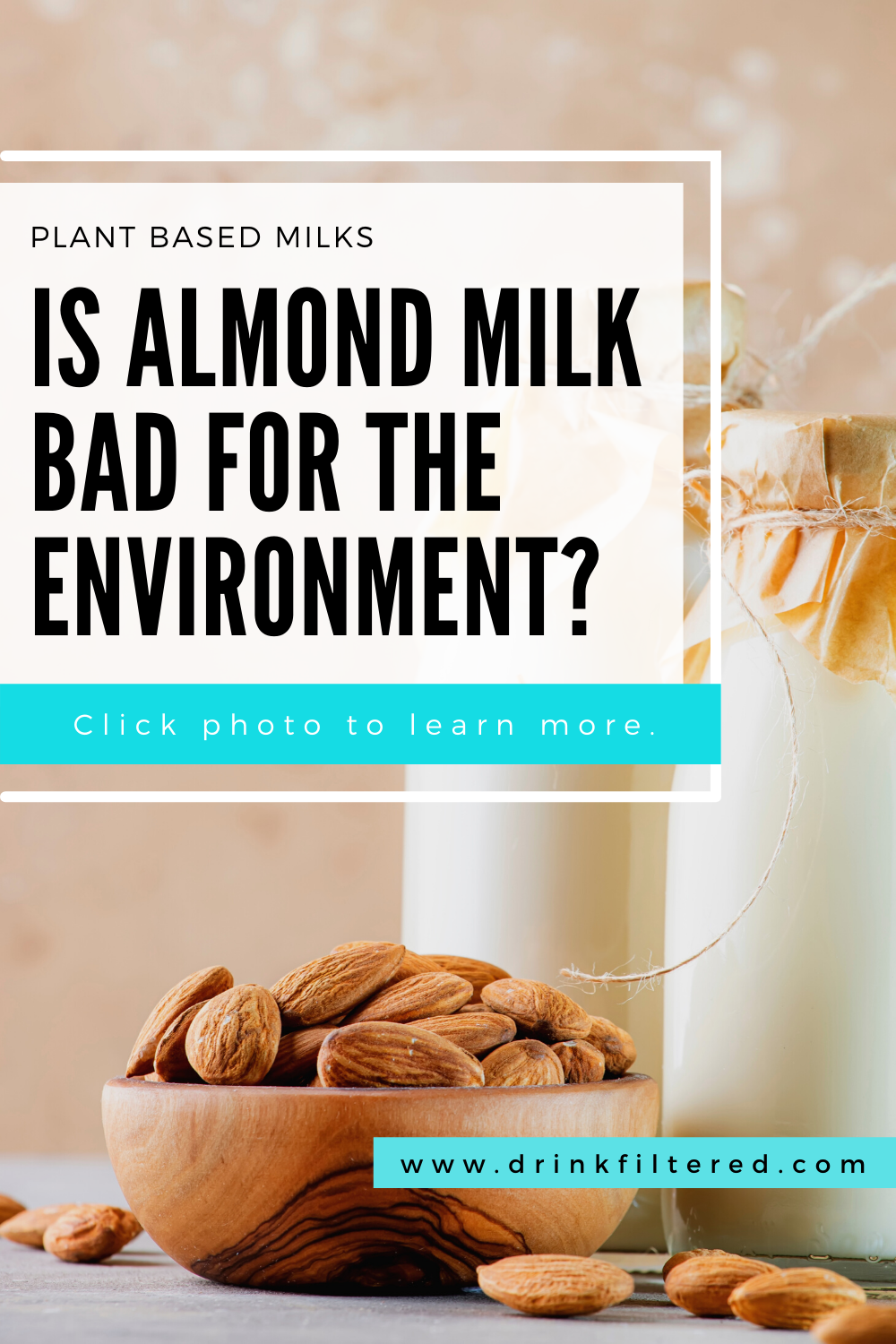 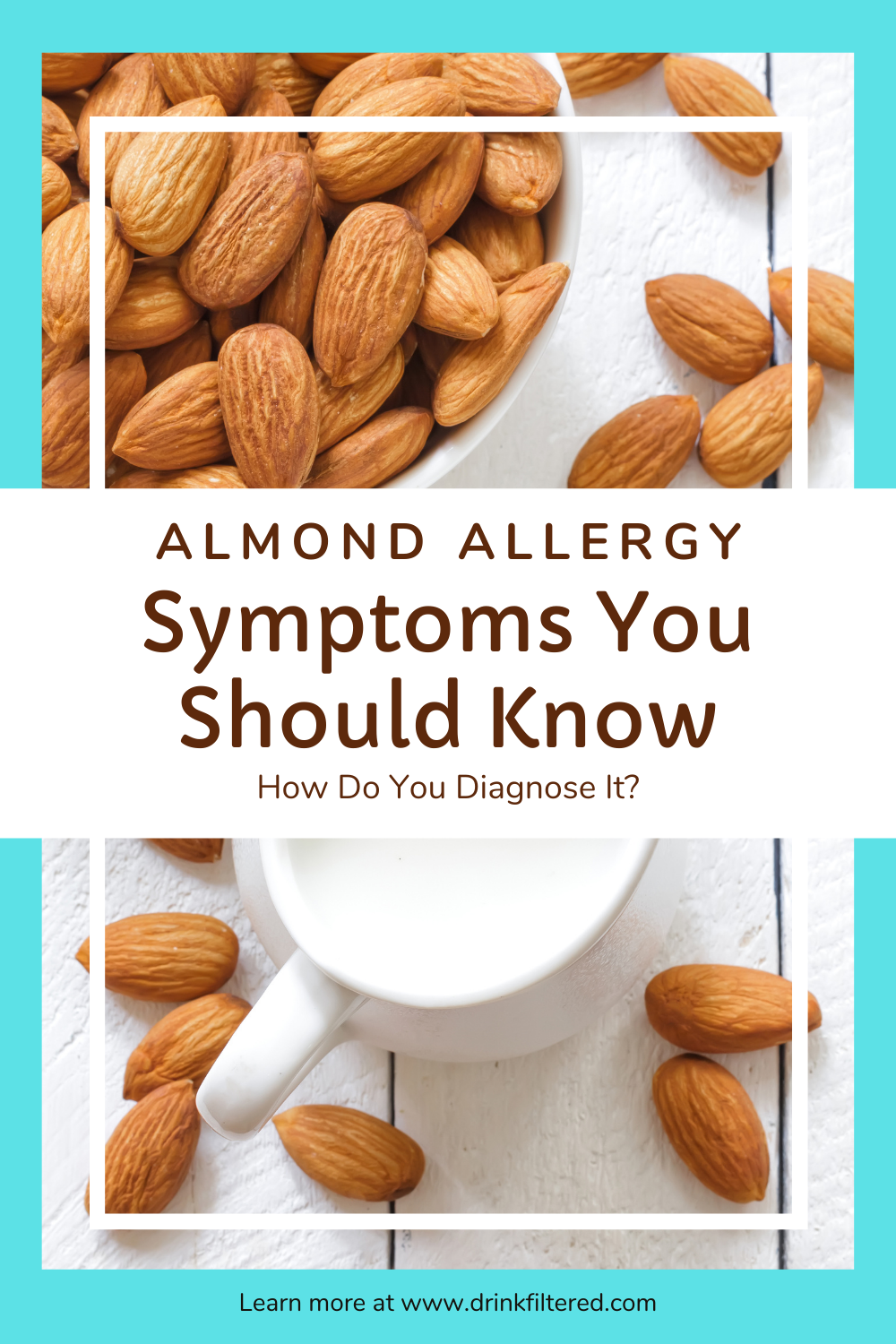 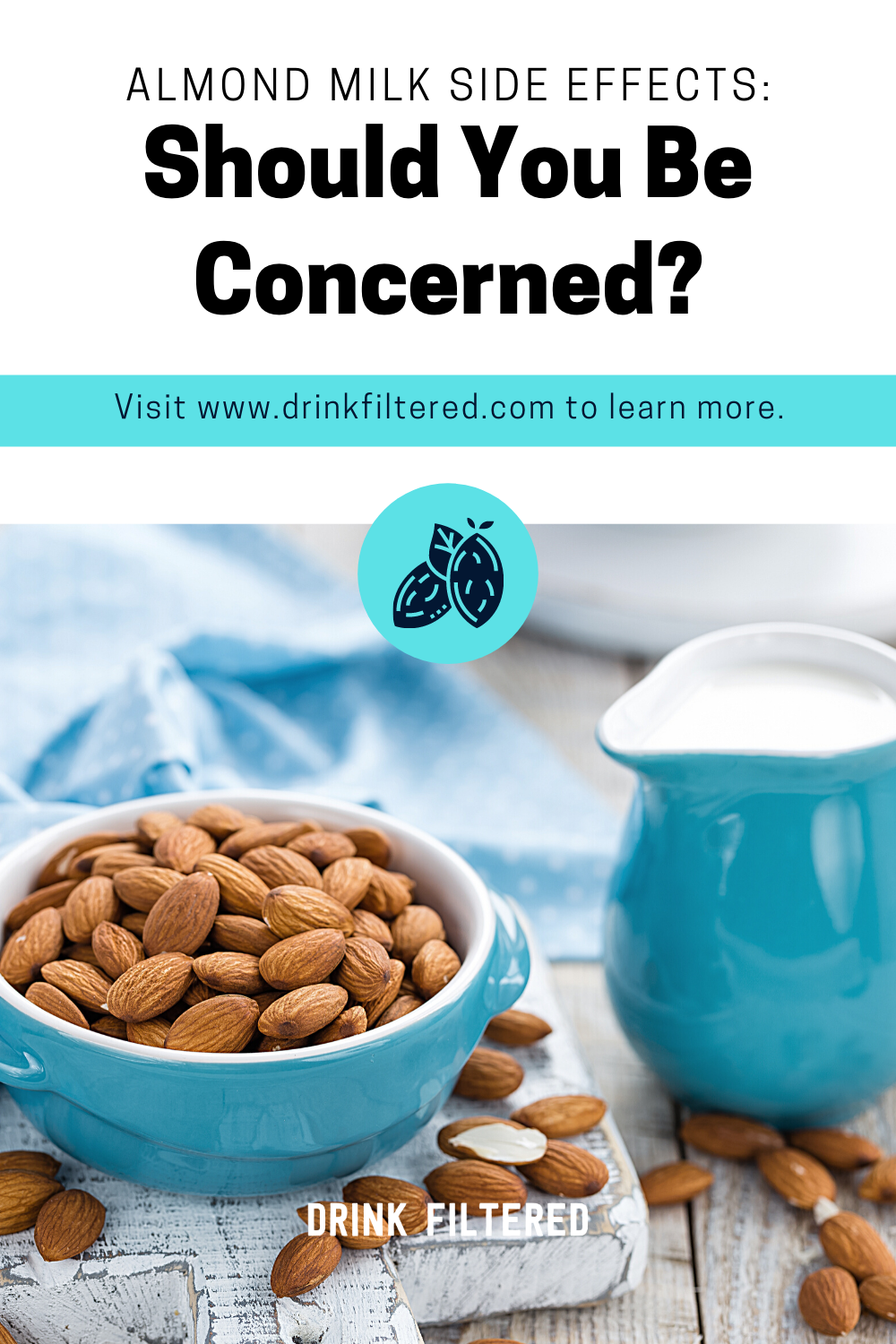 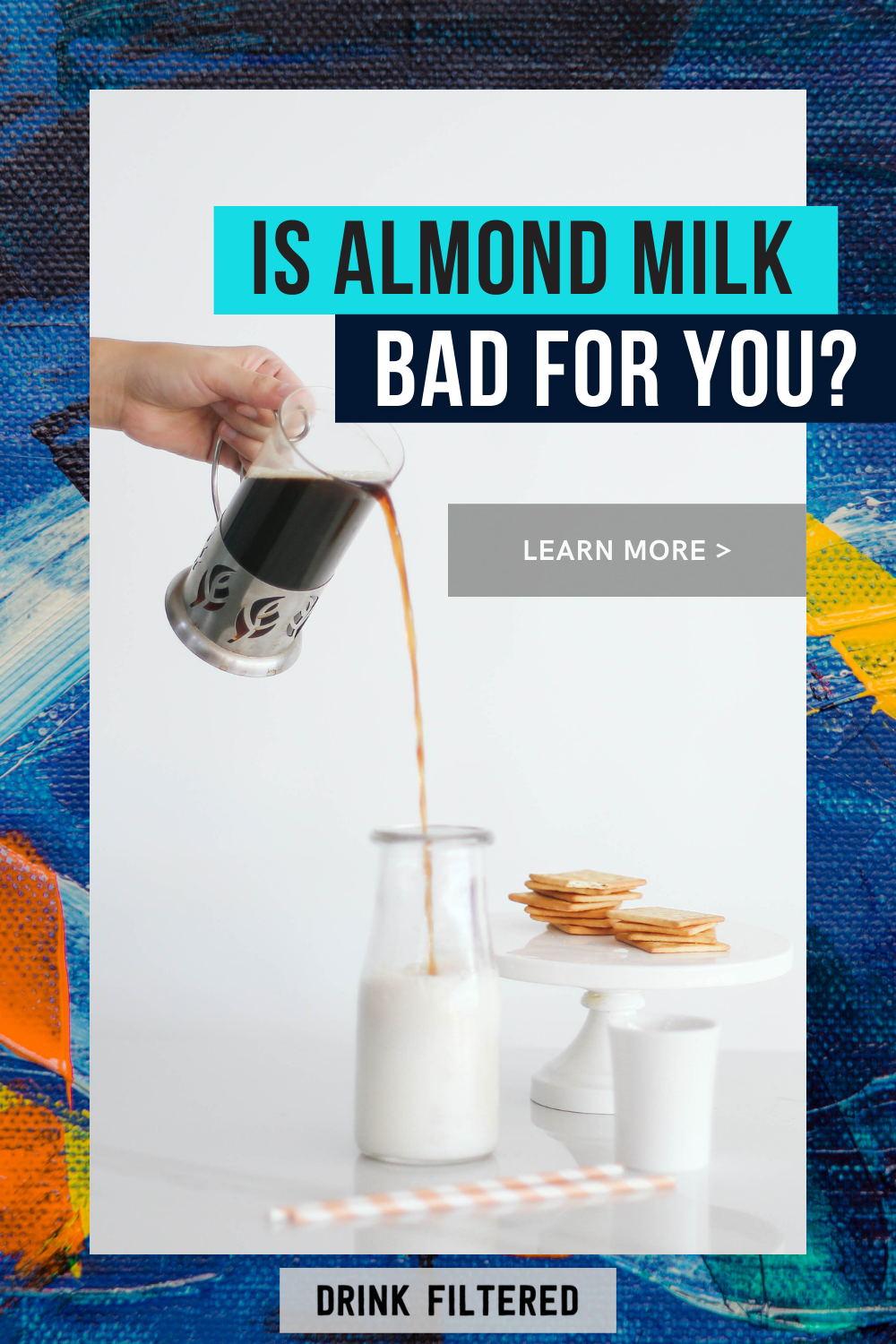