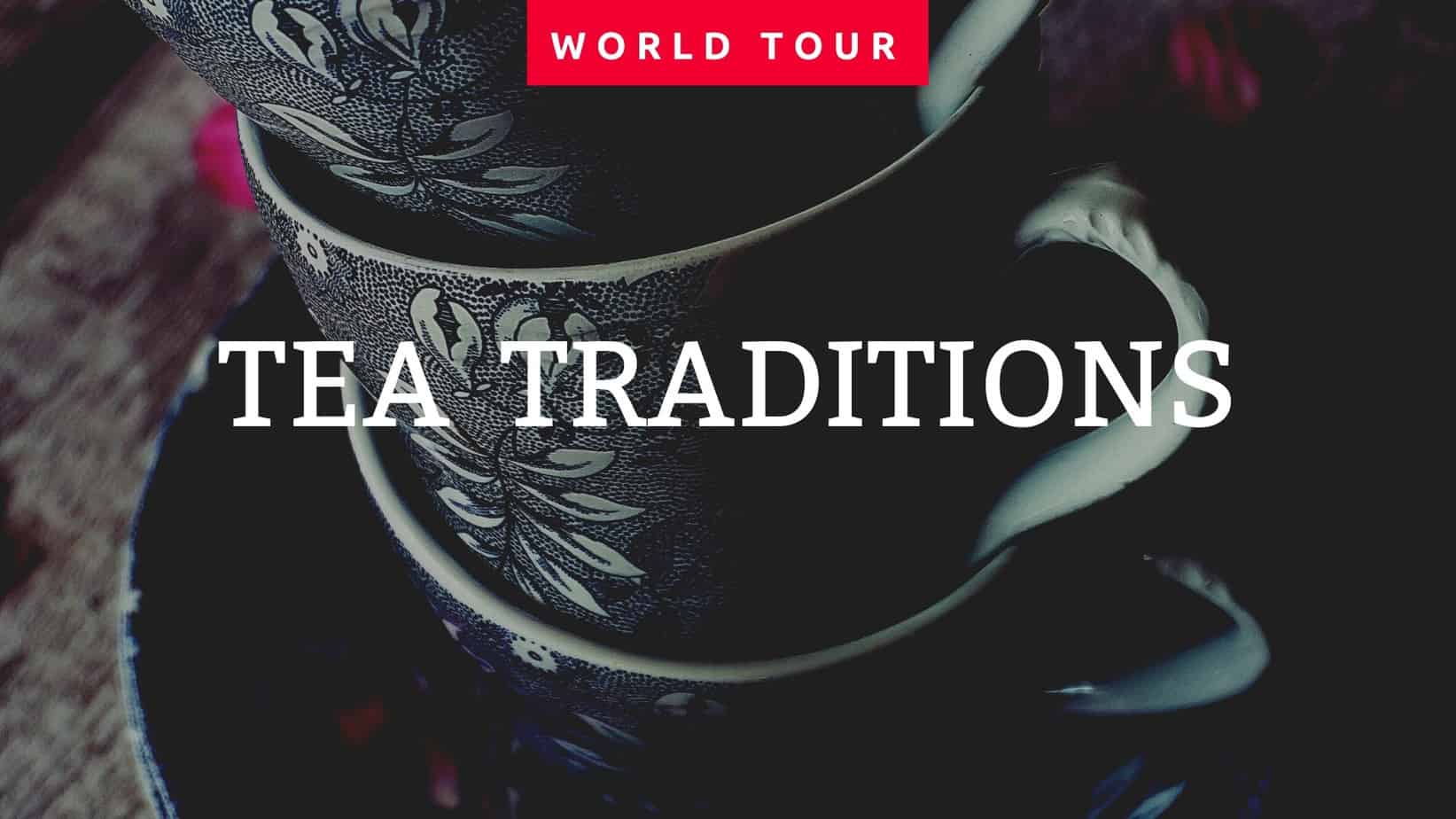 Coffee is more popular than tea in the US, Canada, and most of South America, whereas Europeans, Asians, and Australians prefer tea. Although tea and coffee drinkers argue about which is better, the numbers show that tea is more popular, and there’s a rich tea culture around the world.  The four nations that love tea the most are Turkey, Ireland, the United Kingdom, and Iran.

Despite most types of tea coming from the same plant, how it’s drunk, prepared, and served varies. Tea culture around the world is different wherever you are. It’s time to take a look at tea consumption in these tea-loving countries and find out their traditional teas and tea-drinking etiquette.

Turkey drinks the most tea in the world!

On average, Turkish people drink 3.16kg/6.96lb of tea per year. Tea is still a relatively new drink in Turkey as it was only introduced in the 20th century. The stark increase is due to the fact that tea began to come into the country as the cost of coffee began to rise, so people dropped their morning cup of coffee for a cup of tea.

Turkey doesn’t just drink a lot of tea, they also grow it, as Turkey is one of the top five tea-growing nations in the world! Around 6-10% of the world’s tea is from Turkey.

The Turks take tea so seriously that it’s a legal right for workers to have two tea breaks during the day.

Although “teatime” takes place between three and five in the afternoon, the Turks drink tea from breakfast onwards for the rest of the day. Teatime is a time for tea, biscuits, and cakes.

Teatime is usually between three and five in the afternoon, where tea is served along with delicious sweet and savory biscuits and cakes.

Turkish black tea is the same black tea you’d find anywhere else in the world, which is Camellia sinensis leaves, but the method is different.

Strong tea is poured right from the top teapot, and those who like lighter tea dilute it with hot water from the bottom. Turkish tea is so strong that it’s only consumed in small tulip-shaped glasses, which are held by the rim as the tea is boiling.

Milk is never added to Traditional Turkish tea, but sugar is acceptable in the form of sugar cubes. Some tea drinkers prefer to hold a sugar cube under their tongue to make it last for a few glasses of tea, rather than stirring a sugar cube in.

Turks traditionally drink black tea but apple tea was introduced not too long ago. The apple tea is mostly for tourists, but what’s interesting is that it’s not real apple tea, because it’s not made from apples. Turkish apple tea is a concoction of sugar, citric acid, citrate, food essence, and vitamin C. Turks also like rosehip and linden flower tea.

The Irish come second to the Turkish when it comes to tea consumption. However, Ireland used to be the biggest tea-drinking country in the world up until the late 1990s, and then Turkey passed it out!

On average Irish people drink 4.83 lb/2.19 kg each per year. Tea in Ireland was originally imported from the UK in the 1800s but the quality was poor, which is why up to a third of the cup would be milk to cover the taste. As a result, Irish people brewed stronger tea than the British, which is apparently still the case today.  In the ‘60s Ireland decided to cut out the UK and started buying tea from tea producers.

Irish people drink between four and six cups of tea a day.

A social rule is that it’s polite to decline tea the first few times it’s offered. It’s considered rude to say yes straight away, even if you actually want tea. It’s acceptable to say yes the third time tea is offered.

Some tea snobs will judge you for adding sugar, but generally, a spoon or two of sugar is acceptable. It’s normal to add milk, as long as there isn’t more milk than tea.

There’s a big divide between fans of the biggest Irish black tea brands; Barry’s and Lyon’s. Both brands sell black tea, but tea drinkers are staunchly on one side or the other. In 2019 for the first time ever, Lyon’s sold more tea than Barry’s.

Irish Breakfast tea is an Assam black tea, but it’s drunk all day, and more commonly referred to as tea or black tea

Fun fact: as someone who is Irish, I let my country down by not drinking black tea at all, but I do like herbal tea.

The British began drinking tea in the 18th century when the drink was introduced to the upper class. However, the posh “pinky up” stereotype isn’t true. The average UK resident drinks around 1.94kg. 4.28lb of tea per year.

Afternoon tea originated in England in the 19th century! The custom was started by the seventh Duchess of Bedford, Anna, in 1840. As dinner was served at around 8 pm in her household, she often got hungry at around 4 pm. The Duchess began to ask for a tray of tea, bread, butter, and cake around this time of the day. Her new habit became a way to socialize as she invited her friends to join her. Afternoon tea became a social event as upper-class women would don their most fashionable apparel for afternoon tea.

Today, going out for afternoon tea in the UK is still a nice event as hotels offer afternoon tea packages. Ireland also partakes in the custom. People also do afternoon tea themselves at home with a cup of tea and a few biscuits – which is not the same as biscuits in the US. Biscuits in the UK and Ireland refer to what American’s call cookies. British and Irish people only call chocolate chip cookies, cookies!

Tea Etiquette in the UK

People in the UK drink an average of 900 cups of tea a year each!

British people can be quite serious about their tea and will throw it away if someone doesn’t make their cup just right.

Originally the milk was put in a China mug before the tea, which is made with boiling water (not microwave). This was to prevent the hot tea from shattering the mug, however, nowadays, it doesn’t matter as much which goes in first. Although some people believe that it does make a difference to the taste depending on which is poured into the mug first.

The British are strongly against powdered forms of tea. They tolerate tea bags, but the ideal cup of tea is made from loose leaf tea. They also insist that it must be made with boiled water from the kettle, and not heated up in the microwave. The perfect accompaniment to a cup of tea is a digestive biscuit, which is dunked into the tea

‍Tea Traditionally Drank in The UK

Black tea is the only “real cup of tea” in the UK, which comes from the camellia sinensis plant. When someone offers a cup of tea, the assumption is that it is black tea. If you want herbal tea you need to explicitly ask for that.

There are actually 1,500 different kinds of tea in Britain! These include Ceylon, Assam, Darjeeling Orange Pekoe, and Lapsang Souchong to name just a few.

The neighboring countries can’t live without tea, but is their breakfast tea the same? Tea culture around the world dictates that tea is different in both nations.

English breakfast tea was originally black tea from China but now is also made from Ceylon tea, which gives it a rich, full-bodied flavor. Scottish breakfast tea is stronger and usually a blend of teas from China, Ceylon, Assam, and sometimes Africa and Indonesia.

Coming behind the UK as the 4th biggest tea-drinking nation in the world is Iran. People in Iran drink 1.50kg/3.3lbs of tea per year.

Iran has been drinking tea since long before Europe has, having begun drinking it as early as the sixteenth century. However, the Persian’s originally drank tea for its medicinal properties rather than for its taste.

Generally, milk is not added to Iranian tea, but it can still be modified to suit individual tastes. It’s sweetened with sugar cubes which are known as Ghand or rock candy which is called Nabat. Persian tea can also be diluted with boiling water.

Tea is drunk all day long in Iran, with water literally boiling and ready to make a cup all day. Traditional Persian tea is served in a samovar. Samovar means “self-boiler” and keeps water hot due to a fuel-filled pipe in the middle that heats the water. It’s usually made from copper, brass, silver or gold, and is still in use in many places in Iran, Russia, and central Asia.

Chai tea is a spiced black tea, but there are different variations. Kashmiri chai is a milky tea that is made from cardamom, pistachios. Panni Kam is a pure form of chai tea which means that it’s just spiced black tea without milk. The spices usually include cinnamon, cloves, cardamom, ginger, and pepper, but sometimes also include bay leaves, peppercorns, fennel, and anise.

Although premixed chai tea can be bought in stores in variations such as chocolate chai, iced chai, and decaf, traditional Iranian tea is a creamy mixture of black tea, sugar, and spice.

Can You Get Vitamin D from Drinks Other Than Milk? 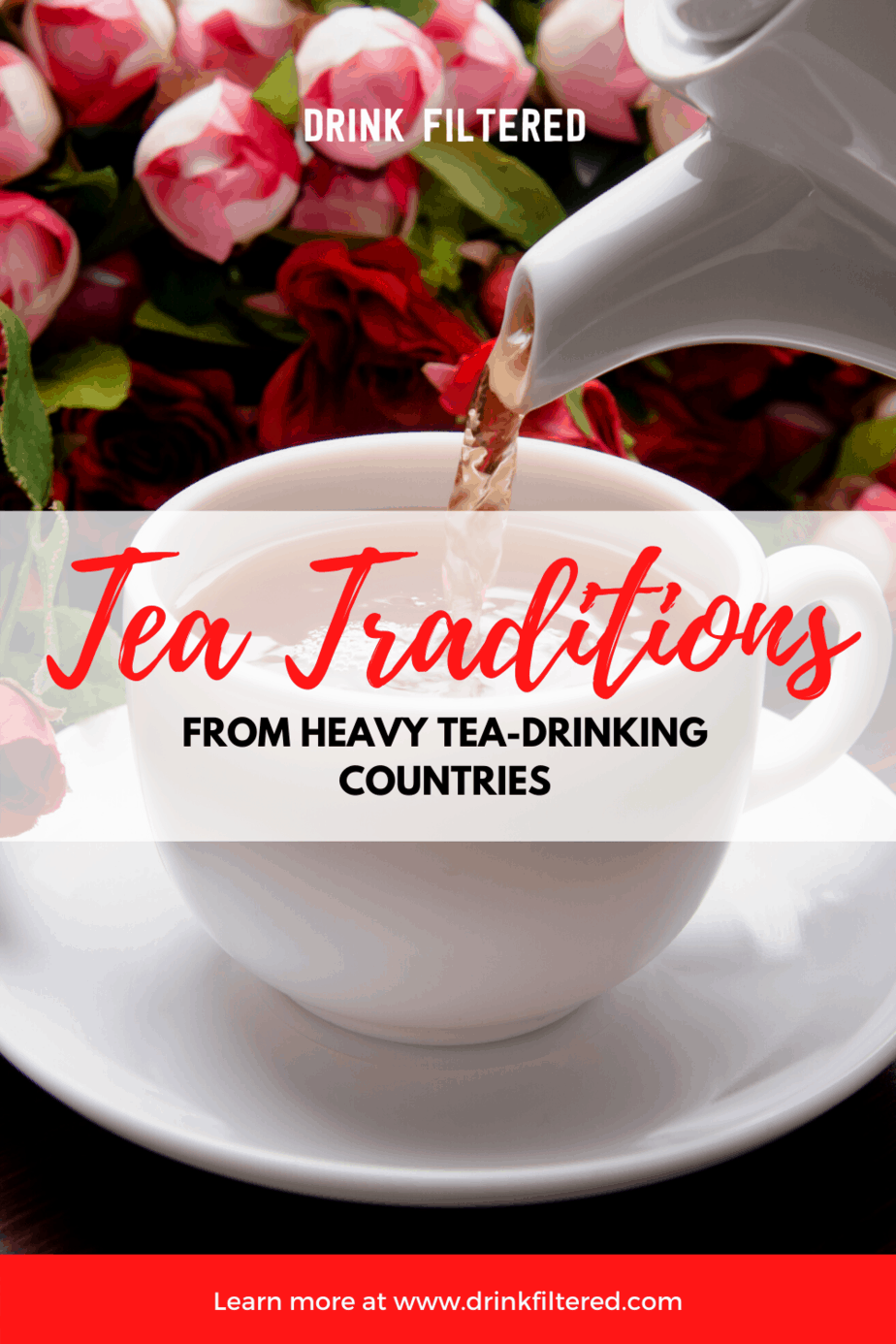