Lots of people want a quick fix when it comes to hitting their weight loss goals. Eating well and doing physical activity is always the best way to go about it. However, some dietary supplements, foods, and drinks seem to be able to act as a weight loss aid.

Ginger consumption enhances gut health, has anti-inflammatory properties, and can even help regulate blood sugar levels – all of which are believed to help to promote weight loss. If you’re struggling to add ginger to your meals, then try adding it to your diet in tea form.

Ginger is generally safe. If you are on any medications or have any health conditions, reach out to your doctor or other health professionals to provide medical advice before determining if ginger is an appropriate weight loss aid for you.

What is Ginger Tea? How Do You Make It?

Ginger tea is typically tea made from sliced ginger root and hot water.

Some people like to drink it plain while others will infuse ginger with black tea, green tea, or even apple cider vinegar. There are some store-bought ginger teas available – just make sure it actually contains real ginger rather than some sort of synthetic ginger flavor. Other people will make ginger tea by allowing ground ginger powder or grated fresh ginger to dissolve in hot water. As long as there’s real ginger in your drink, it counts as ginger tea.

All you need to do is bring some water to the boil on the stove and add your ginger. Allow it to simmer for up to ten minutes and then take off the stove. Around one to two slices of ginger root (or a similar amount of ginger powder) is enough to make tea, but you can add more for a stronger flavor.

What Happens If You Drink Ginger Tea Every Day?

Ginger tea is very healthy, and there are benefits to daily consumption beyond weight loss.

Fresh ginger is renowned for its digestive health benefits, which have an impact on weight. Ginger tea is often recommended to ease nausea.

Ginger is often recommended to diabetics because it can help with insulin sensitivity. Studies found that ginger supplements may help to improve fasting blood sugar levels. Having pro-longed high blood sugar levels (known as hyperglycemia) can cause weight gain in some cases.

Ginger is also anti-inflammatory. Research has linked weight gain with inflammation. Chronic inflammation can have health consequences and has been associated with arthritis, Crohn’s disease, and ulcerative colitis, heart disease, and more. Studies have also found that ginger can promote pain relief for joint pain and other inflammatory conditions.

Ginger is also a good source of antioxidants. This means that these compounds in ginger can neutralize free radicals in the body. Oxidative stress caused by free radicals has been associated with increased blood pressure and premature aging. It is also believed to increase the risk of developing illnesses such as heart disease or even cancer. A high-fat diet is suspected is believed to cause oxidative stress as well as inflammation.

Tea is also a great way to stay hydrated. Not only is hydration good for overall health and wellbeing, but drinking water can also aid in weight loss. Adults on a diet were found to lose more weight when they consumed more water. Studies have found that water can help increase metabolism, which plays a role in fat burning.

So, Does Ginger Tea Make You Loose Weight?

The best way to lose weight is to eat a healthy diet and lead an active lifestyle. However, what we eat and drink can also have some impact. Keep in mind that ginger is not some miracle. You won’t wake up after drinking ginger tea for three days with a flat tummy all of a sudden. However, it does appear to have some effect on weight.

A systematic review of research conducted on overweight and obese participants noted that ginger supplementation decreased body weight. The study also found that the waist-to-hip ratio decreased as well as fasting glucose levels and insulin resistance. Studies also found that participants who consumed ginger felt fuller for longer. This can prevent snacking later on in the day, which may contribute to weight gain.

Can Ginger Be Used To Reduce Belly Fat?

Generally speaking, you can’t control whether you lose weight in one spot over another. Everyone holds their weight differently. So weight loss is usually noted all around the body, rather than in one specific area. For example, you probably won’t get a flat stomach without losing weight elsewhere in your body too.

With that said, some foods seem to make somewhat of a difference. In a study on mice fed a high-fat, high-sucrose diet, ginger helped to prevent visceral fat build-up. Visceral fat is the fat that accumulates around the abdominal organs. This kind of fat is not always visible but it has been linked with higher blood pressure and even been linked with cancer, dementia, back pain, and more health issues.

For those who experience bloating, ginger may help your stomach to look flatter. Studies found that ginger extract (and artichoke) helped to speed up gastric emptying – which is the process of food moving from the stomach to the intestines.

What About Ginger Water? Can It Help You Lose Weight?

If you don’t like ginger tea, ginger water has similar benefits.

A study on obese rats deduced that ginger water lowered body weight gain effect. It was also observed to improve how glucose is metabolized by the body. Keep in mind that animal studies will not always yield the exact same results in human participants.

How Do You Make Fresh Ginger Water?

Ginger water is made by infusing sliced ginger or ginger powder in boiling water, the same way you make tea. Allow the water to cool down or store it in the fridge until you’re ready to drink it.

When is the Best Time to Drink Ginger Tea or Ginger Water?

There is not any research to suggest it might be more effective at any particular time of the day. However, given that it can aid digestion, you might feel less bloated and congested if you drink it after meals.

What About Ginger Juice? Is that Better For Weightloss?

While pure ginger juice will also contain all of the benefits of ginger tea and ginger water it might not be as effective or pleasant.

It is worth mentioning that store-bought ginger juice typically includes other ingredients like apples, kale, or carrot as pure ginger is normally too overwhelming to drink in large quantities. With the addition of many fruits to your juices, unnecessary sugars and calories begin to creep into your diet. If weight loss is your primary goal, juicing just ginger or a vegetable juice with ginger is most likely your best route. If you rather cut out the chaser, consider a pure ginger shot.

Thing You Can Add Ginger To That Tastes Better

Not everyone is a fan of how ginger tastes, so you might want to add it to something else to mask the flavor, help to shift excess pounds, or to reap more potential health benefits.

One study found that people who drank three cups of black tea every day gained less weight, had a lower waist-to-hip ratio, and a reduced waist circumference after three months. Some of the benefits of black tea are believed to stem from flavonols and catechins. The research found that women who had high intakes of these compounds had less of an increase in their BMI over a period of time.

The caffeine in black tea can also provide a boost of energy.

Green tea is often touted as one of the healthiest drinks in the world – for good reason!

Regular consumption of green tea has been linked with an increase in metabolism. Studies have also found that those who drank this tea lost more weight than participants who did not.

It’s not uncommon to find ginger-infused green tea in most grocery stores, or you can add ginger slices or powdered ginger to your teabags.

Kombucha is a fermented tea drink. It does not always contain ginger, but it’s not uncommon to find a ginger kombucha drink in health food stores.

Kombucha has also been associated with weight loss – as long as it doesn’t contain added sugars or is high-calorie. Kombucha has many of the benefits of tea, plus a few additional benefits.

Probiotics are good for gut health. The variety of bacteria in your gut can have an impact on your weight. The acetic acid in kombucha has also been shown to reduce the amount of fat stored by the body in animal studies.

Standard ginger kombucha does not taste like ginger ale – mostly due to the lack of sugar. However, there are some recipes for ginger ale-inspired kombucha online.

Lemon juice can provide some additional antioxidants and vitamin C.

There are lots of claims that lemon can help you lose weight, but not a whole lot of research has been cited to back it up. However, there’s no harm in adding lemon to your ginger tea for some extra nutrients. Plus, it might help make the taste more tolerable.

It’s also an anti-oxidant and has anti-inflammatory effects.

Studies have found that cinnamon can help to reduce body weight. Another study found that participants who supplemented with cinnamon had lower waist circumferences and BMIs than the placebo group. Lower blood pressure, and fasting blood glucose levels were also observed.

Ginger and apple cider vinegar have a somewhat similar flavor profile so you can combine these to make a comforting, spicy drink.

As mentioned earlier, acetic acid, which is found in apple cider vinegar, can help with weight loss. A study on overweight and obese subjects in Japan also noted that participants who drank it had a lower BMI and less belly fat.

As always, the best way to manage your weight is to lead a healthy lifestyle by consuming nutritious foods and engaging in physical activity. But, ginger tea can lend a little helping hand when it comes to weight loss. 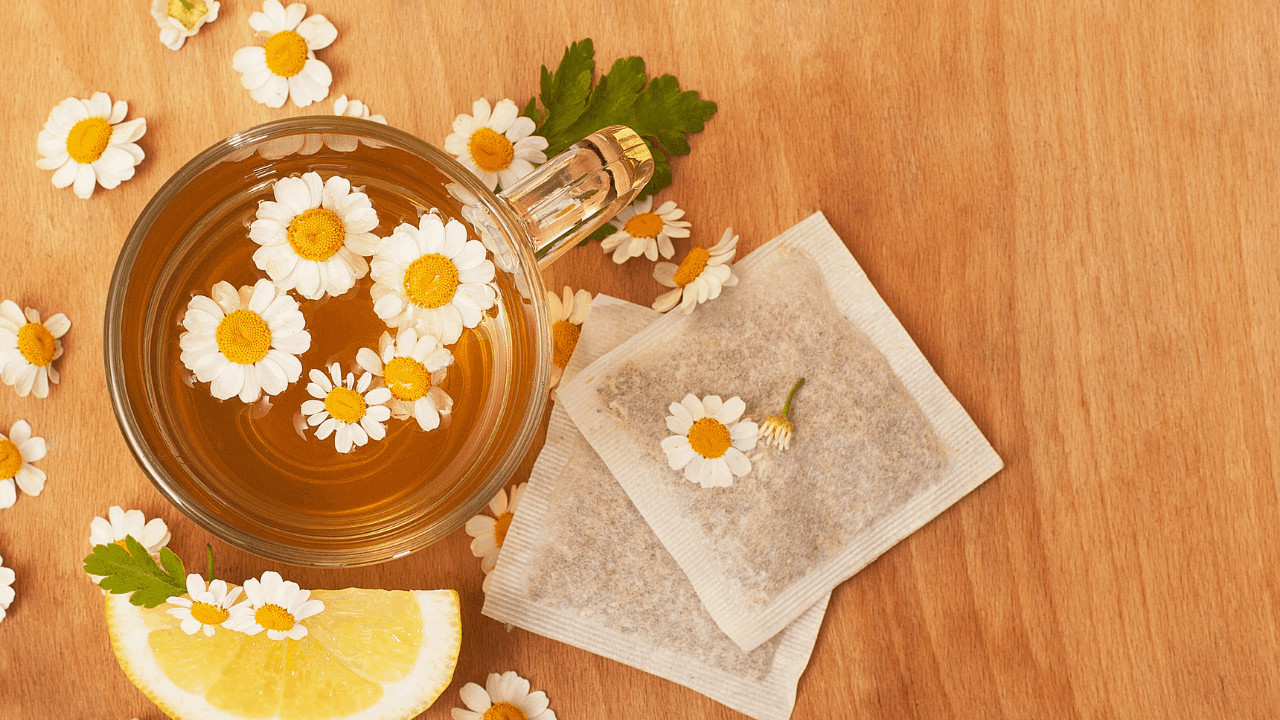