Green Tea vs Black Tea – Which is Better? 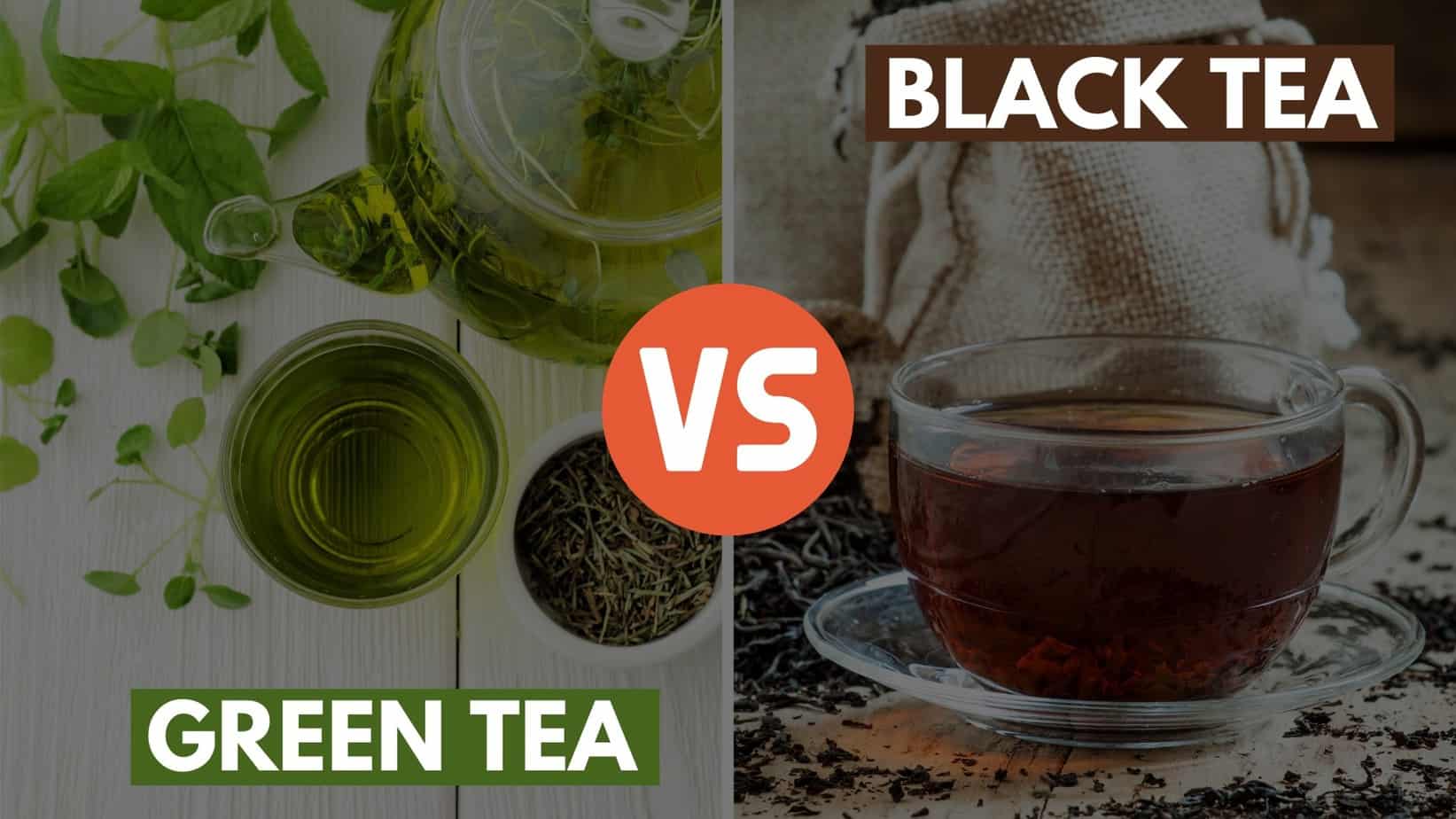 If you’re an avid tea drinker, you’ve probably tried both black and green tea. Both types of tea are extremely popular and have a wide range of great health benefits. But is one type better than the other?

This article will examine all of the different aspects of each tea, from the antioxidant properties to the effects on the body and the taste. Read on, as we leave no stone unturned in our attempt to answer once and for all: Which is the better tea: green tea or black tea?

The Benefits of Black Tea

Of all the different types of tea, black tea is probably the most popular. Widely consumed by much of the population, black tea is known for its moderate caffeine content, its strong and palatable flavor, and its many health benefits. Let’s discuss some of the properties that differentiate black tea from other types of teas.

Black tea contains a range of antioxidants called polyphenols. These polyphenols include catechins, theaflavins, and thearubigins. These antioxidants are known to reduce the risk of chronic diseases like diabetes. They can also help with your gut health and give you improved immune function.

Black tea is a happy medium between coffee and non-caffeinated beverages. Caffeine is a tricky substance. While small amounts will improve your energy levels without hurting you, too much daily caffeine can start to come with negative side effects such as jitters, anxiety, and even diarrhea.

The recommended daily amount of caffeine is less than or equal to 400 milligrams. This is equal to roughly four cups of coffee. Black tea usually contains about 47.4 mg of caffeine per cup, which is a little less than half of the caffeine found in a cup of coffee.

So, if you feel that you need a little caffeine boost, but don’t want to risk the negative side effects that can come with a few cups of coffee, try switching to black tea instead.

The Benefits of Green Tea

Green tea is another very popular type of tea. It is known for its light yellow-green color, its delicate but strong flavor, and its unparalleled health benefits. While it is quite similar to black tea in some respects, it has its own unique properties. Let’s take a look at some of them.

Like black tea, green tea is rich in polyphenols, which are natural antioxidants that come with a range of health benefits. As discussed above, polyphenols can help your heart health, immune system, and digestive system.

However, unlike black tea, green tea contains a special catechin called epigallocatechin-3-gallate, or EGCG. EGCG is a plant compound that has great benefits. It is thought to  prevent heart and brain disease, increase weight loss, and reduce inflammation.

While many people know black tea as the ‘caffeinated tea’, green tea also has a small caffeine content. Despite containing some caffeine, green tea probably won’t give you a noticeable buzz as one cup of green tea contains around 25 mg of caffeine, significantly less than the 47 mg found in black tea and the 100 mg found in coffee. You can even drink the beverage before bed and have no ill effects unless you are especially sensitive to caffeine.

So, now that we’ve examined the benefits of both green and black tea, let’s compare and contrast the two. We’ll discover which tea is best for which health benefits, and when you should drink one over the other.

Both green and black tea are made with leaves from the same plant. They are made from leaves of the Camellia sinensis plant. This plant is also used to make oolong tea.

If you’re trying to find the healthiest tea, both black and green tea will give you lots of benefits. However, green tea might be slightly healthier with its stronger concentration of antioxidants.

Green tea may be able to support a weight loss program or a diet better than black tea. This is because of the presence of ECGC, a polyphenol found primarily in green tea. Nevertheless, black tea can also help to regulate weight loss because of its antioxidant properties.

The oxidation process gives black tea its dark color and its earthy, strong flavor. Green tea, on the other hand, has a much grassier, sharper taste. Both teas (like all teas) can become stronger and unpleasant if they are over brewed.

The caffeine content is where the two teas really differ. Black tea (47 mg) contains almost twice as much caffeine as green tea (25 mg). So, if you’re after an energy boost, black tea is probably your best bet. This is why many tea drinkers opt for black tea in the morning and green tea in the afternoon.

These two teas have a different shelf life because of the fermentation process. Black tea leaves tend to last for around 18 months, or 24 if they are bagged.

Green tea, on the other hand, is unfermented and can last 18 months maximum regardless of how it is packaged.

Is green tea of black tea better for a cold?

Both teas will keep you hydrated if you have a cold, although it is important to note that significant amounts of tea can have an inherent diuretic effect because of the caffeine content. However, green tea contains additional tannins that can help to tackle viruses like the common cold.

Is green tea and black tea the same plant?

Yes, both teas are made from leaves of the Camellia sinensis plant; however, the process of drying and prepping is different between the two.

How many polyphenols are in a cup of black tea vs green tea?

It’s hard to say exactly how many polyphenols a cup of tea contains. However, both types of tea are an excellent source of these necessary antioxidants. Green tea may have slightly more, especially when it comes to ECGC.

Both black and green tea are pretty healthy beverages. Both have a relatively low caffeine count compared to coffee. They are both hydrating and filled with healthy properties; however, if you’re looking for a tea that is low in caffeine and high in antioxidants, green tea is slightly better compared to black tea. Nevertheless, both drinks are fantastic additions to your diet.

Tell us your favorite type of tea! Do you prefer green tea for its antioxidant properties? Or do you love the little caffeine kick you get from a cup of black tea in the morning? Let us know your thoughts in the comments below.

The Healthiest Drinks For Pregnancy And The 5 To Avoid