The Surprising Healthiest Tea You Can Drink Daily

Written by
Aisling
,
• Edited by
Kristin Gillespie
,
MS, RD, LD, CNSC
• Last updated
November 20, 2020
This post may contain affiliate links so we earn a commission if you click through and make a purchase. This is how we keep our content free and invest in bringing even better content to you!
▶
▼
Quick Navigation

Tea is one of the healthiest drinks on the planet; not only is it an easy way to stay hydrated but it often also contains antioxidants and vitamins as well, offering a variety of health benefits. But what’s the healthiest tea to drink daily?

What Is Tea: True Tea Vs  Herbal Teas

True teas are black tea, pu-erh tea, green tea, white tea, and oolong tea. This is because they all come from the same plant, Camellia Sinensis; the difference between these teas is in how they are processed and oxidized to bring out certain flavors and components in the leaves.

Herbal teas technically are not real teas, but rather infusions. Popular examples are peppermint, ginger, or hibiscus,etc. They too offer benefits of their own. Take for example peppermint tea, it freshens breath and helps with digestion. Ginger tea calms an upset stomach, and Hibiscus tea can actually help manage blood pressure! However, despite all of these positive health benefits herbal teas contain lower amounts of antioxidants and catechins than true teas.

Black tea is the most popular kind of tea in the world and one of the most popular overall beverages as well. In fact, when someone asks for a cup of tea without specifying a particular type, they are most commonly asking for black tea.

However, Black tea is the most oxidized of the true teas. This kind of tea is usually made from the large-leafed Assamica variation of the Camellia Sinensis plant. The leaves are oxidized and are then heat-processed and dried. Exposing the leaves to oxygen is what turns the leaves black and gives the tea its malty flavor.

Nonetheless, Black tea is a good source of antioxidants and the significant caffeine content can help with concentration and alertness. It can even help maintain good gut health. Because black tea contains polyphenols, it promotes the growth of good gut bacteria and inhibits the growth of bad gut bacteria. It is antimicrobial which means it can kill harmful substances and help repair the lining of the digestive system.

Oolong is a partially oxidized tea, which makes it almost like a halfway point between black tea which is fully oxidized and green tea which is minimally oxidized. Depending on the maker of the tea, it can taste like a softer version of either black or green tea.

Oolong has less caffeine than black tea. While Black tea can have up to 130 milligrams of caffeine in an 8-ounce cup, oolong contains between 16.6 mg to 55.4 mg per cup. Drinking Oolong tea can be a way to reap some of the health benefits of black tea, while limiting caffeine consumption.

Green tea is often referred to as the healthiest tea to drink daily, and sometimes even the healthiest beverage to drink overall. We can’t argue here, Green tea is a very healthy tea. It is less oxidized than oolong and black tea, which means that it is less processed.

Green tea is a better source of the antioxidant epigallocatechin-3-gallate (EGCG). EGCG is one of the most powerful antioxidants and, as a result, has many positive health benefits. It has the potential to slow down cancer growth and even kill cancer cells, reduce the risk of developing Alzheimers, and reduce the risk of fatty liver.

Additionally, it has antimicrobial effects against several microorganisms within the body. However, theaflavins are unique to black tea and oolong tea. These are polyphenols which also act as antioxidants and can reduce cholesterol and blood sugar levels.

Green tea is believed to help you live longer and is often hypothesised to be a factor in the longer life expectancy of Japanese people. A study on elderly Chinese citizens found that green tea drinkers had a reduced risk of mortality.

Pu-erh tea is fermented tea that can have a shelf life of up to 50 years! Although it looks like black tea, they are quite different. Black tea is darkened via oxidation whereas pu-erh’s color is the result of microbial fermentation. Pu-erh leaves are lightly roasted and then compressed to produce microbial activity, which changes the compounds in the leaves.

High in both antioxidants and vitamin C, pu-erh tea can help ward off colds and various strains of the flu during winter. It can also help manage stress as it contains GABA and theanine, both of which help lower stress levels and increase melatonin which helps to improve sleep and promote calmness.

White tea is arguably the healthiest tea you can drink on a daily basis! This is because white tea is Camellia Sinesis in its purest form with minimal processing or manipulation. As a result, white tea has the highest concentration of antioxidants. Studies have shown that white tea is antibacterial and can ward off pneumonia, and streptococcus and staphylococcus infections. It can even prevent tooth decay as this fluoride rich white tea can halt dental plaque.

White tea leaves are plucked from Camellia Sinensis plant and sun-dried immediately. It is the least altered tea as it is not oxidized nor does it require microbial fermentation. As a result, white tea is a light yellow color and has a mild taste. The specific origin of the tea leaves from within the plant can affect the taste of the tea as some variations are fruity while others may be spicy. Silver Needle white tea is made from the flowers and buds of the Camellia Sinensis plant, while White Peony is from the top two leaves and buds.

Studies have also shown that it can protect against cancer. The Oregon State University found that white tea can be almost as effective as drugs such as sulindac in preventing colon cancer in lab mice who were predisposed to this kind of cancer. Mice that were given green tea saw a reduction in tumor incidence from 30 to 17, whereas the mice receiving white tea had 13 tumors, down from 30. The mice that received both white tea and sulindac appreciated a significant reduction in tumor incidence, dropping by 80% from 30 tumors down to 6. Although this kind of research does not always yield the same results in human trials, the research is promising.

Despite having the least amount of caffeine than the other true teas, white tea can help you stay awake and alert. This is because of the high polyphenol content which can ward off fatigue as well as lowering blood pressure and cholesterol.  Polyphenols are chemicals from plants, often found in teas, that act as antioxidants and offer a myriad of health benefits. An 8-oz cup of white tea has around 15mg of caffeine, compared to 20mg in green tea. For comparison  a cup of black tea which has up to 50 mg of caffeine contains approximately half the caffeine of a cup of coffee.

One of the healthiest teas for skincare

White tea can improve the health and overall condition of your hair and skin. Antioxidants can prevent free radical damage which can cause skin damage and accelerate signs of aging. Antioxidants disarm free radicals which are the result of molecules splitting up into separate unpaired electrons which can then react with other bodily substrates such as DNA. Formation of free radicals is caused by oxidative stress which can be triggered by pollution, radiation, smoking, drinking, and even just gradual wear and tear. Free radicals can significantly age the appearance of the skin by causing wrinkles.

White tea doesn’t just protect skin from premature aging; it can keep skin looking smooth and youthful. As white tea is a source of phenols, it can boost elastin and collagen production which keep the skin plump and glowing.

White tea can also help reduce inflammation and redness caused by dandruff and eczema as it has anti-inflammatory properties. Additionally, it can help with psoriasis and rosacea because its EGCG content triggers the production of new skin cells.

White tea is arguably the healthiest tea you can drink regularly, but this doesn’t mean that green tea has lost its crown as one of the healthiest drinks in the world. All pure teas have health benefits, many of which overlap. You can drink a cup of white tea, and still reap many of the benefits of green, black, oolong, and pu-erh tea. Herbal teas also have their own health benefits, but are quite a bit lower in antioxidants when compared to true teas. As herbal teas can ease ailments such as nausea and indigestion, they have their time and are also popular because they taste nice. Tea is a great way to stay hydrated while getting in some important nutrients for overall health. 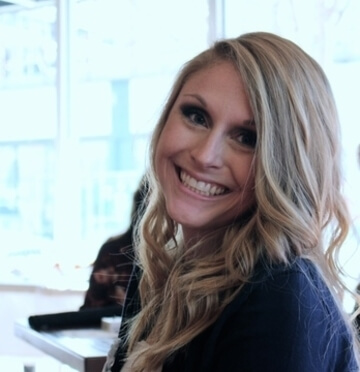 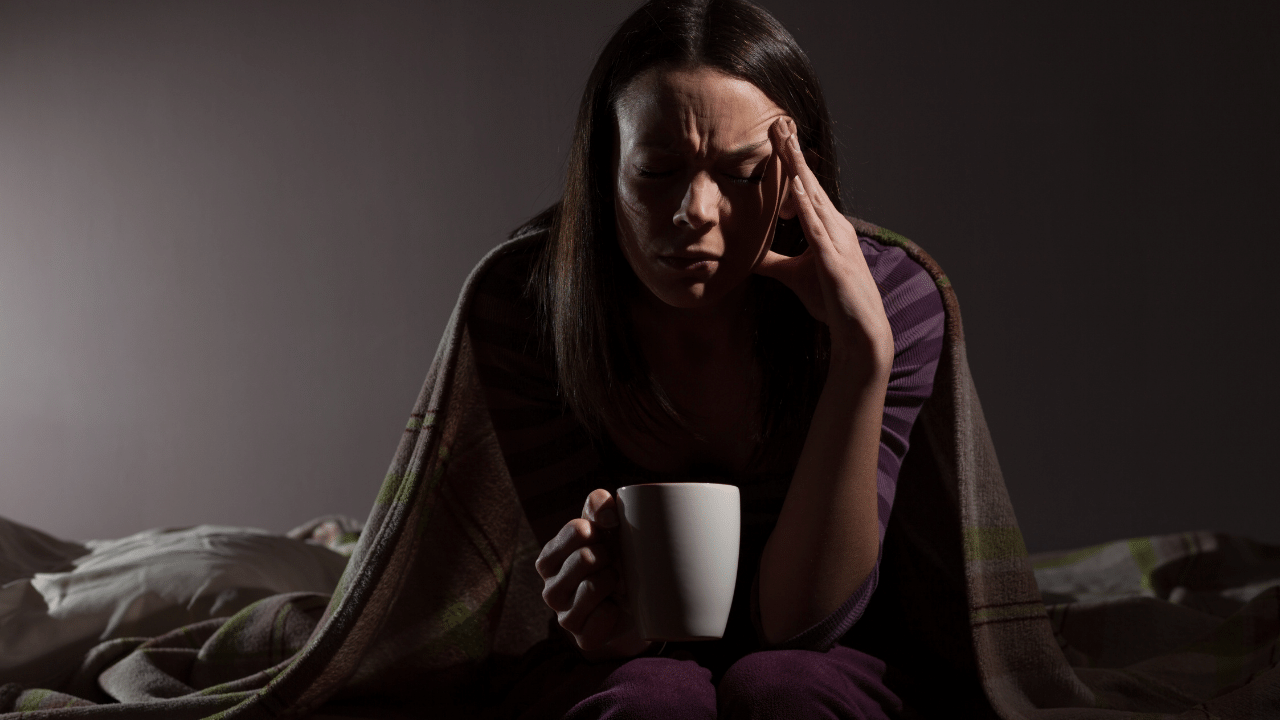 Can Hibiscus Tea Cause Insomnia? 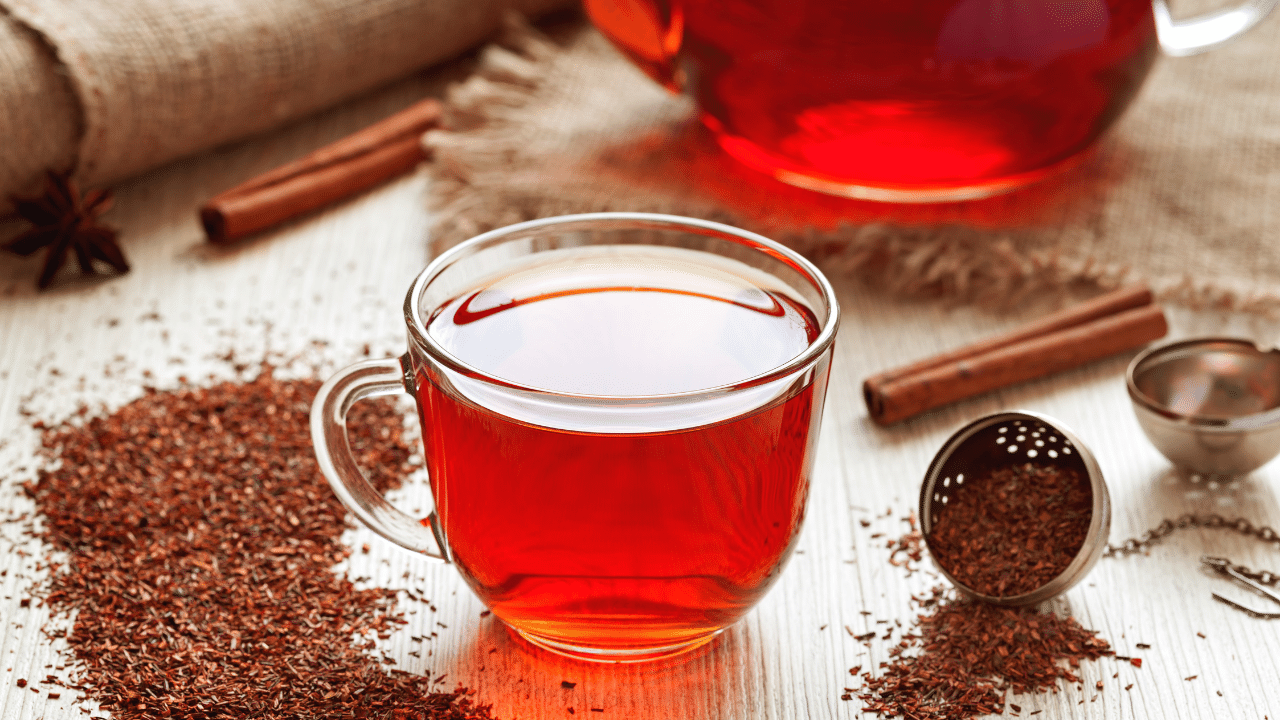 6 Ways That Drinking Rooibos Tea Could Benefit Your Health 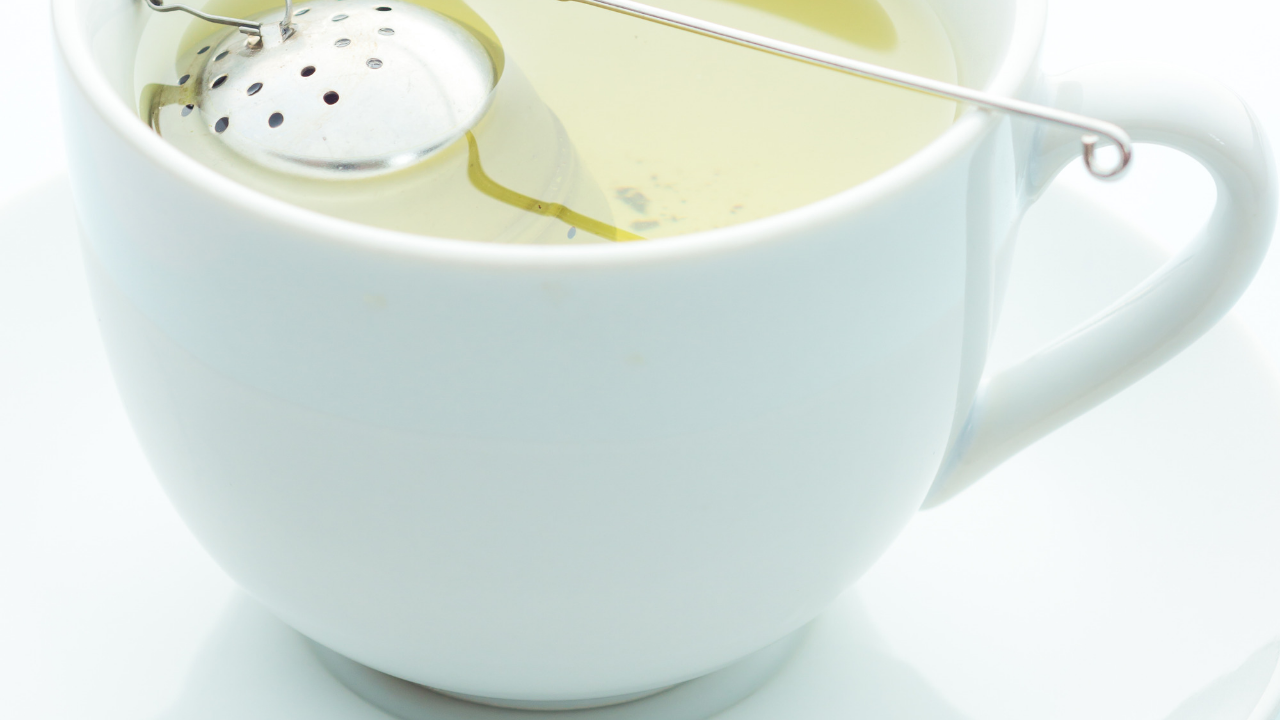